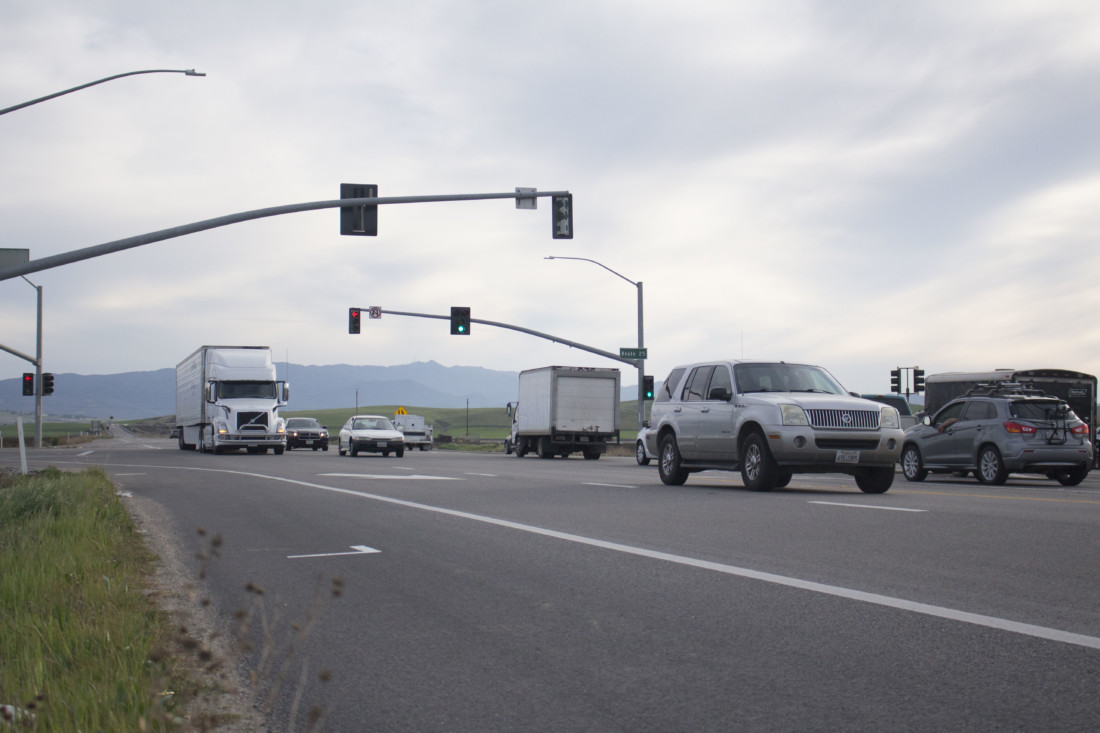 Motorists on Highway 156 crossing the intersection with Highway 25. Photo by Noe Magaña.
×

After almost a year after Caltrans proposed putting a roundabout at the intersection of Highways 25 and 156, the Council of San Benito County Governments (COG) continued to push back by suggesting alternatives at its Feb. 20 meeting.

With the goal of having an overpass that coincides with the widening of Highway 25, COG contracted with WMH Corporation to develop interchange designs for a short-term project as alternatives to a roundabout.

The roundabout is Caltrans’ temporary safety solution for the intersection, estimated to cost $10.7 million with a lifespan of about 10 years. The intersection became a priority for Caltrans because of its collision rate of 1.11 per million vehicles, more than double the state’s average of 0.5 per million. There were 126 collisions and two fatalities at the intersection between 2009 and 2018.

Caltrans is adamant that they have no option other than to build the roundabout to minimize collisions. COG—comprised of two Hollister City Council members, two San Benito County supervisors and one San Juan Bautista City Council member—has sought the help of State Assemblyman Robert Rivas and State Senator Anna Caballero.

“It’s a long-term solution,” Gilbert said. “One of the concerns the board expressed is that the roundabout is short-term; useful life would be about 10 years. This interchange, we made it consistent with the adopted future widening route and try to minimize throwaway costs.”

Gilbert said the preliminary cost estimate is $38 million “plus.” The overpass requires about 35 acres of right-of-way acquisition at an estimated cost of $20 million, $3 million for the overpass, $10 million for environmental impact and final design, and $5 million for roadway costs.

At this time, Gilbert said she could commit about $13 million to fund the project from an award by the state for passing Measure G in 2018 and $8 million from the measure itself. COG would target other state funds such as the State Highway Operation and Protection Program, Interregional Transportation Improvement Program and Trade Corridor Enhancement Program, as well as additional Measure G funds after 2021, and local traffic impact mitigation fees.

“This is really an accelerated project schedule. It’d be subject to when the funds are available,” Gilbert said. “We’d be looking at 48 months if we have to do a full environmental process. We’ve done some environmental on the 25 widening, but we have to refine that to a specific interchange.”

The schedule is aggressive because the right-of-way acquisition and environmental process can take a long time, Gilbert said.

“It mostly is a matter of time and bringing something to the public sooner. We can achieve the safety benefits with a roundabout much sooner. Even if we are all working in walkstep on the interchange, it will take some years longer and we feel that’s not a responsible action,” Loe said, adding that because of residents’ concerns over the roundabout, Caltrans is looking at design variations to eliminate potential crossover collisions. 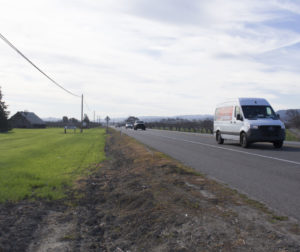 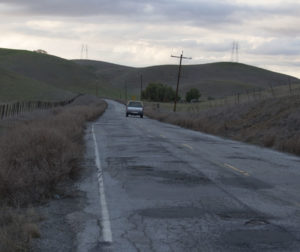