As the most powerful female figure of the Khmer Rouge, Ieng Thirith allegedly committed a litany of crimes, including genocide. Though she evaded justice while living, her recent death reminds us that genocide should never be forgotten. 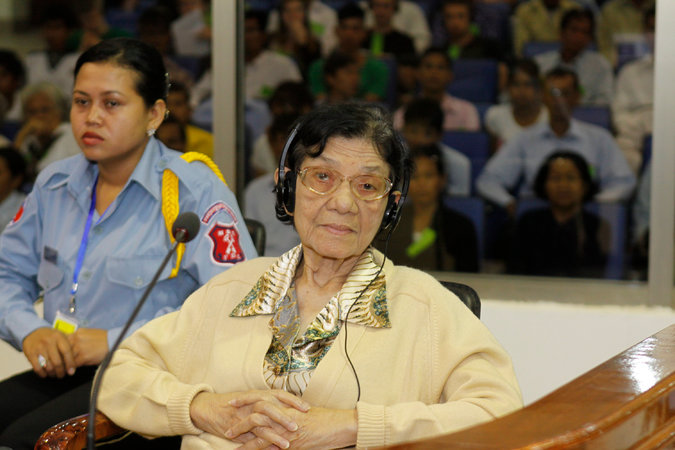 Ieng Thirith in 2010. Photo courtesy of Heng Sinith of the Associated Press.
×

In 1975, the Khmer Rouge emerged from the verdant jungles of Cambodia shouldering weapons and carrying a plan for an agrarian paradise envisioned by Pol Pot, the group’s leader.

In pursuit of that vision, nearly two million people died, victims of extrajudicial killings, torture, starvation, forced labor or death blows delivered to the base of the neck. The lifeless bodies were often discarded in mass graves, human fertilizer for the notorious Killing Fields.

The Extraordinary Chambers in the Courts of Cambodia was established to hold those accountable for the dystopia that befell the country from 1975-79, when the clock was turned back to Year Zero. With Cambodia’s tepid support, the court has convicted only three, former Khmer Rouge henchmen.

Ieng Thirith might have been the fourth, but dementia excused her from facing justice for a litany of crimes, including genocide.

Her recent death reminds us that such crimes should never be forgotten.