This community opinion was contributed by resident and Preserve Our Rural Communities member Mary Zanger. The opinions expressed do not necessarily represent BenitoLink or other affiliated contributors.

It appears that we, our community, have a problem: what do we do with a difficult neighbor, a rogue neighbor, someone to whom we have told, “No?” This neighbor would be similar to a gambler at roulette showing off by playing big on luck.

For instance Strada Verde chose to risk an election planning on an ill-informed electorate rather than providing a thorough documented EIR, Environmental Impact Report. They considered that investing in an election would be cheaper. They bet heavy; they lost, lost big! So what’s next?

Strada Verde brings in the legal team and threatens lawsuits if they don’t get their way to pursue their project of a development on almost 3,000 acres of agricultural land.

This pandemic has illuminated the lack of housing by hitting hardest our essential agricultural, service and restaurant workers.  Our Spanish speaking population has disproportionately sickened and died. High density living makes people vulnerable.

If Strada Verde were a truly interested neighbor they would offer to build low income affordable housing in our community. They do covet our roads, built and maintained by taxpayers, and our creeks and waterways which percolate water into our underground basins supplying water for all.

Rather than good neighbors Strada Verde appears like an invasion and occupation rather than a joining and a cooperation. 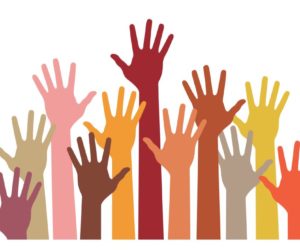 COMMENTARY: United for our students