Cesar Gamboa writes about how historical narratives have been employed for ideological reasons as opposed to technical ones. 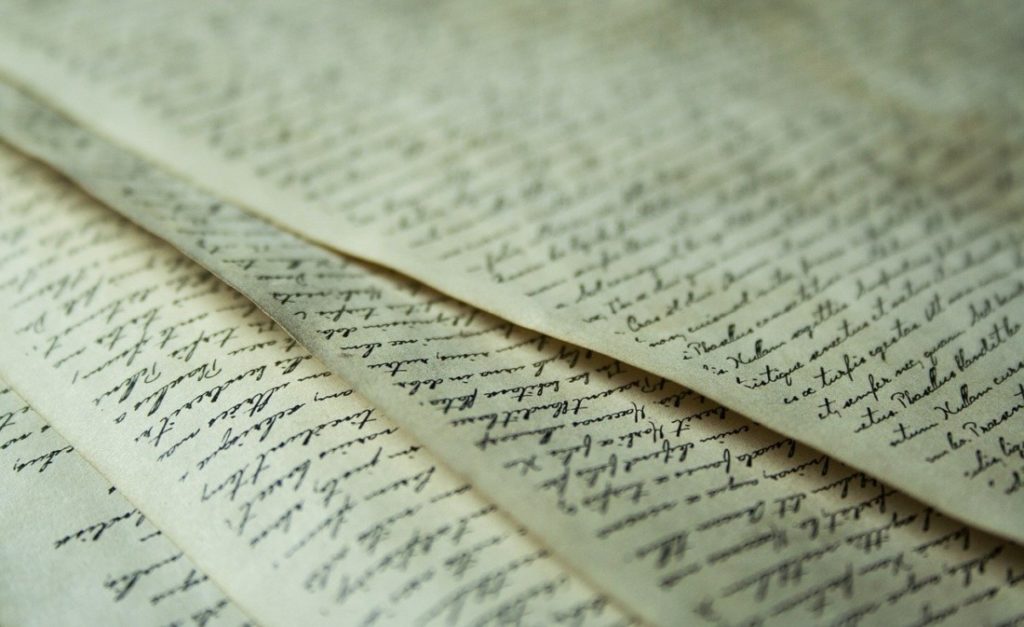 This community opinion was contributed by Cesar Gamboa. The opinions expressed do not necessarily represent BenitoLink or other affiliated contributors.

History, the medium of assessing the past, brings context to our present. In a time filled with references to fake news, information wars, and false journalism, one must consider to include the validity of historical narratives. Some historical narratives come from the perspectives of a particular group which prevailed in a conflict, war, political controversy, competing ethnic community, or contending class struggle.

When one begins to become inquisitive of U.S government policies or national circumstances, a quick dismissal on the pretense of Un-Americanness can be made. In essence, if you question our foreign and or domestic policies, and in this case history, there are those who’ll become skeptical of our patriotism.

History is written by the victors. When looking at high school history books “you will find Jackson the frontiersman, soldier, democrat, man for the people – not Jackson the slaveholder, land speculator, executioner of dissident soldiers, exterminator of Indians” (Zinn, 130).

When looking at the history of the Americas, one must stop and reflect as to the “cost” which came in the name and process of progress. As Manifest Destiny was occurring and the United States as a Nation along with its pioneers were expanding west, Natives were pushed out, and if they stayed, were obliged to abide by state laws, abandoned their rights and be the subject of endless harassment if not outright invasion by settlers (Zinn, 130).

As for the American Southwest and more specifically Alta, California, our renowned San Juan Bautista was founded in 1797 by the Spanish atop of the displacement and genocide of the indigenous peoples such as the Amah Mutsun (currently a federally unrecognized tribe). Popular American history places a disproportionate amount of focus on the East Coast because of its governmental ties. The Southwest is often overlooked until the 1850’s just after the treaty of Guadalupe Hidalgo, when the U.S acquired land from Mexico. San Juan Bautista and our beautiful San Benito County carry a responsibility to acknowledge its first peoples.

To casually overlook the deaths of so many indigenous and previously enslaved peoples reduces their plight under the quick pretense that this was just a product of history. Well, when this process is so readily accepted, one should contemplate the current rhetoric of “liberty” and “opportunity” amidst social inequality, racism (structural or otherwise), or nationalism. If we sum up the extermination of indigenous people and the enslavement of blacks as something from the distant past, we must acknowledge how remnants of these social attitudes still exist to varying degrees within today’s USA.

One of such attitudes is Nationalism, which has recently changed as its now seeks to employ notions of citizenship as the criteria for belonging to a community or nation.

Nationalism, the identification with one’s own nation and support for its interests, especially to the exclusion or detriment of the interests of others who don’t fit the criteria of belonging.​ There was a time that ethnic identity was the marker for belonging, but in today’s discourse, citizenship is the new definitive marker. The thing is though, in recent years the idea of American Identity has been reconfigured to allow previously marginalized ethnic groups (Blacks and Latinos) to identify with this identity marker, whereas it was not so long ago that civil rights marches were unfolding.

This newfound inclusion is not something which is being met with unanimous approval as it poses threats to some who have benefitted from institutions of privilege. Securing the rights of all need not mean the cheapening of other’s, unless there has been a history of abuse of said rights. So why are so many white nationalists concerned. Is there something wrong with being a minority in this country?

There are groups which will contest this American diversity with their Ethno-Nationalism. Take the 2017 Unite the Right rally in Charleston, Virginia which was carried out by white nationalists. 2019 witnessed an increase of racially motivated shootings such as in Gilroy, California and El Paso, Texas.

People seek to give meaning to their lives and subsequently history is the collective assessment a society develops to understand itself. Who knows what a historian might say about the turn of this decade and what social processes are unfolding in our midst without our explicit understanding?

One could say that the purpose of this project is to contemplate the current impulses which influence our society. A notable challenge however is which vantage point we’ll adopt as individuals, spiritual beings, community members, citizens, consumers, or more importantly catalysts to the world we’d like to create. A current balance must therefore be placed in being both idealistic and practical.

Our national narrative is changing as our diverse backgrounds are becoming more recognized and respected. We carry a legacy of asymmetrical awareness and even more so of securing the rights of some and not all. Groups such as the Black Panthers, Brown Berets, and Young Lords, demonstrate this.

Some of the values our nation was founded upon were of liberty and justice for all. This standard of treatment includes dignity, and upholding of a common law and order. Our national narrative is now being held to a newfound accountability. As we begin the 2020’s, It is important for us to consider the ideological undertones many historical narratives contain.

These have often been used to further divide our multi-ethnic nation and fracture our communities. By understanding our past and evaluating our present we can create more inclusive spaces for us all. As our nation’s demographics change, we as Americans of all backgrounds must make a conscious effort to recall our country’s history while not perpetrating ideological distortions.

One to take initiative; I consider myself an active member in our communities who's dedicated his life and career to addressing our collective health, safety, and shared potential. I am a dedicated consultant and independent contractor with extensive work with both NPO's and NGOS. I have worked, studied, and traveled abroad enough to recognize effective patterns and strategies; which further my advocacy for social justice. I've dedicated my lifestyle to working along the lines of but is not limited to the cycles of poverty, violence within prisons of the C.A Department of Corrections, strengthening families, charter schools along with improving educational outcomes, and helping organizations and individuals reach their potential. If an issue involves, geopolitics, community, history, or culture; it certainly has my interest. Feel free to reach out and say hello. 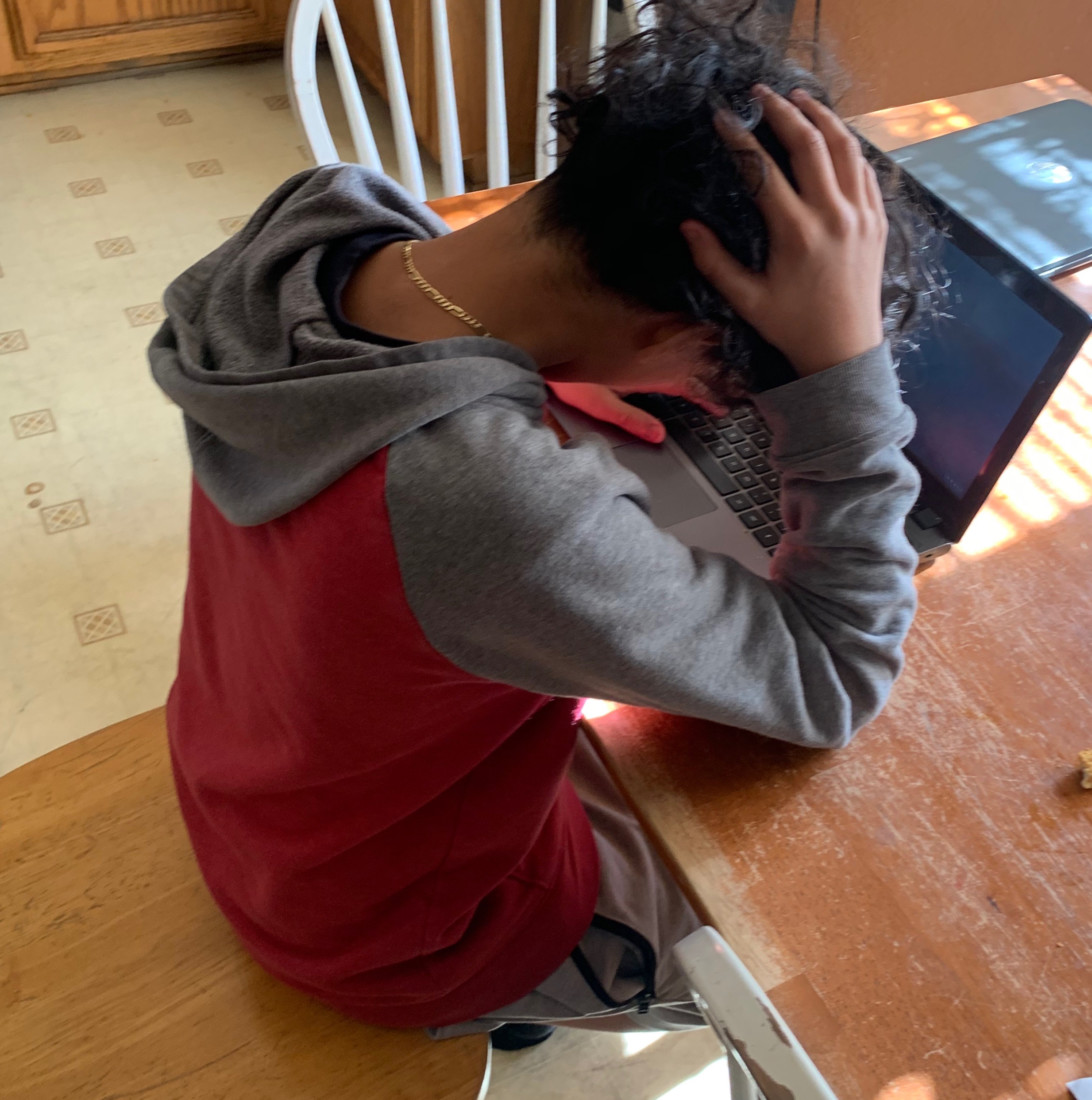 COMMENTARY: Keeping youth at the heart of our recovery

Youth Alliance Executive Director Diane Ortiz writes that distance learning does not serve community members equally, and that the community must come together to address issues now.