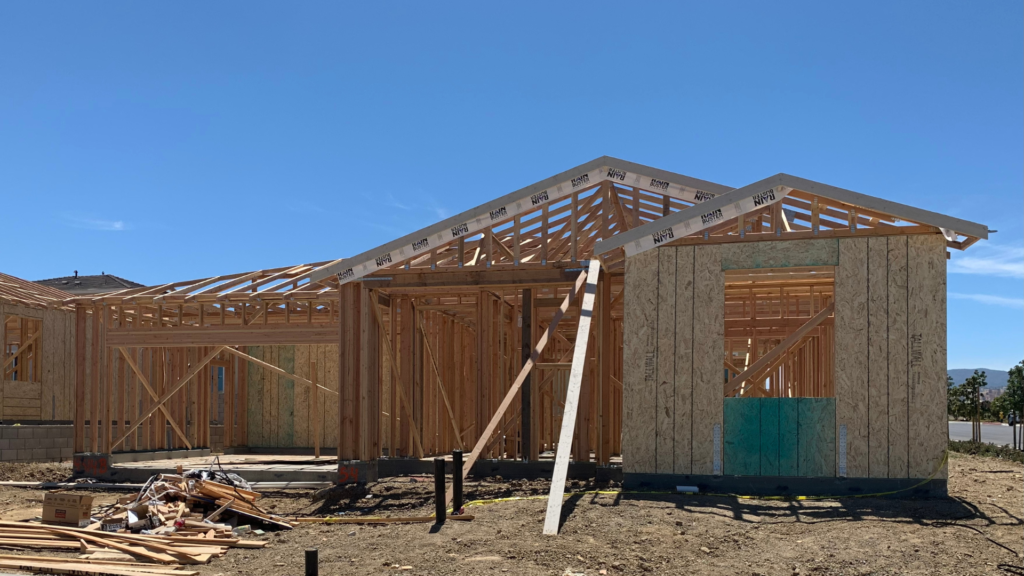 The RHNA draft focuses on four recommendations put forth by COG concerning an increase in workforce housing and the elimination of single family zoning. Photo by Kinsey Canez.
×

At the Council of San Benito County Governments (COG) meeting on July 21, the directors voted unanimously over Zoom to approve the public release of the draft Regional Housing Needs Assessment (RHNA) allocation plan for a 45-day review period.

Historically, RHNA helps to ensure that all cities, towns and counties in California keep all income levels in mind when planning new housing developments, according to the California Department of Housing and Community Development (HCD). This is done through a lengthy process involving HCD and COG.

The latest RHNA draft addresses previous comments and concerns expressed by COG after obtaining the numbers from HCD in September 2021, specifically relating to constraints in particular regions, including “deteriorating roads and limited sewer and water infrastructure,” Veronica Lezama, transportation planning manager, said during the meeting.

In the draft, the public will see four COG board policy recommendations to the city of Hollister, the city of San Juan Bautista and unincorporated areas of San Benito County that address the “lack of capacity of local highways, schools, infrastructure, and community impacts,” according to the draft now available for public viewing on COG’s website.

The RHNA draft’s first recommendation proposes a category for workforce housing of up to 300% be included, with room for adjustments to be made based on jurisdictional need.

The second recommendation addresses infrastructure conditions in San Juan Bautista, advocating for the adoption of a temporary building moratorium there until sewer and water issues are improved.

The third recommendation is in response to the “allocation of housing units by income level that jurisdictions plan to accommodate in their housing elements over the June 30, 2023 to Dec. 15, 2031 timeframe” outlined in the draft.

The fourth and final recommendation in the RHNA draft offers a way to eliminate single-family zoning areas by replacing them with “denser developments.”

The draft will enter a 45-day appeal period, enabling HCD and local jurisdictions to call for revisions.

After the recommendations were presented and before the vote was taken, San Juan Bautista City Councilmember Mary Vazquez Edge expressed concern that consideration for new senior housing developments were not accounted for, a view that was also shared by other council members.

Edge also questioned the basis for the percentages in the affordable housing ordinances.

“The way I look at it, we’re still looking at a high number for the above moderate homes,” she said. “The numbers for the very low, the low and the moderate are much lower.”

According to Lezama and Beth Jarosz, a program director at the Population Reference Bureau based in Washington, D.C., there is room for local jurisdictions to shape what these numbers look like in their respective communities.

“There is a lot of opportunity to shape the level of affordability and the type of structures, and that happens at the city level,” Jarosz said. “And that’s one of the reasons why it’s really important to get to completion by December because then that gives city staff time to implement those things, thinking about things like denser housing, affordable housing, senior housing and inclusionary ordinances.”

COG Director and Hollister Mayor Ignacio Velasquez echoed this and pointed out that, in the past, communities “weren’t holding developers accountable. We’re just allowing them to do whatever they want by saying the number was 5,000 or 6,000 and we have no choice in it. What we found out, the reality is, we do have a choice.”

Velasquez said with this RHNA draft, jurisdictions have time to take the recommendations and evaluate how they can be formed to fit the needs of their communities. One example he offered was decreasing the number of single-family homes to pursue other developments that can increase the affordability margin for lower income residents.

Jarosz and Lezama said they are confident the recommendations will be approved and accepted at the state level after the appeal period closes.

District 2 Supervisor and COG Director and San Benito County Supervisor Kollin Kosmicki was the last to share comments before the vote was taken, urging the board to stay active in the conversation of bringing more affordable housing to residents.