Projects are aimed at attracting residents to the grounds while deterring homeless sleepers and vandalism. 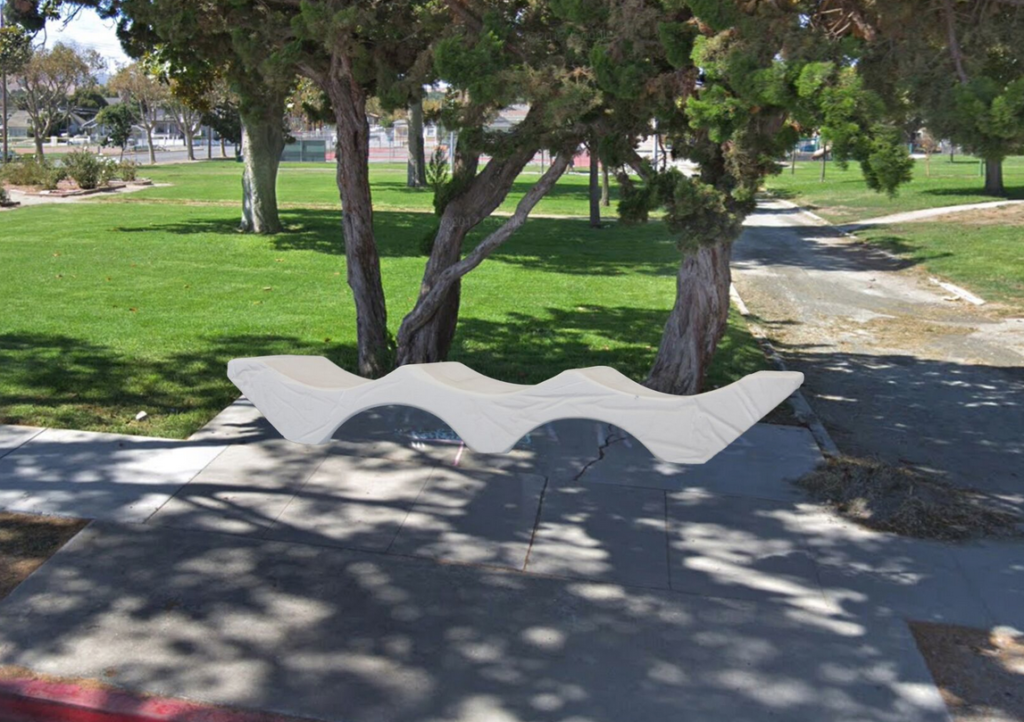 An artist rendering of the Wave Bench by Randolph Colosky planned to be installed at Dunne Park. Photo provided by San Benito Arts Council. Dunne Park in Hollister is set for a makeover through infrastructure and art improvements in May. Among the latest additions approved are three art benches, each of which reflect a characteristic of the surroundings.

San Benito Arts Council Executive Director Jennifer Laine said the benches were meant to address residents’ concerns about the park which were raised at neighborhood meetings. Those concerns included homelessness, drug use, and lack of seating. Dunne Park has long been frequented by homeless people, resulting in complaints from nearby residents.

“We analyzed our notes from that and said, ‘it sounds like the art should be functional,’ because putting a sculpture or something like that in the middle of the park, which isn’t having a lot of usage, is not addressing some of these other concerns,” Laine said.

The $4,000 benches are part of the Active Dunne Park project, which began in Fall 2017. According to the Hollister City Council agenda packet from Oct. 15, funding comes from the Creative California Community Grant.

While the art bench project included requirements like deterring sleeping and vandalism, Colosky, who designed the “Wave bench,” said the hardest part of the project was deciding on materials to meet the durability parameters. For Selig, the most challenging part of creating the “Faultline bench” was complimenting the character of the neighborhood with Hollister’s irregular curbs.

The other approved bench design is “Baseball” by Nancy Lovendahl, which is in the shape of a baseball.

There are plans for a fourth art bench, and the Public Art Review Committee is expected to review two additional designs by Colosky and Selig on Friday, April 12 at 8 a.m. at Hollister City Hall.

Laine said recent wet weather has not allowed the concrete slabs to be laid to form the base of the benches at the park. Even so, the San Benito Arts Council still aims to install the benches in May, she said.

Other upcoming improvements to Dunne Park in the near future include picnic benches with chess boards, ping pong tables, a corn hole toss and more trees.