A local teen cast from 13 to 19 years presents this true story of an amazing teenager. 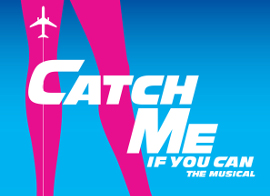 A local teen cast from 13 to 19 years old rehearses at least four evenings a week for three hours at a time, tirelessly perfecting their dance and song routines then works to sell tickets, construct stage sets, and promote the show with performances at the County Fair and elsewhere. San Benito County, these kids will make you proud.

But! With only a little bit of fantasy involved, the story line runs true to the actual events of this amazing teenager’s life story. You may want to hear from the real Frank Abignale—all grown up--who presents on FedTalks 2013 https://www.youtube.com/watch?v=iJIc16aqpO8. Amazing.

Based on the hit film and the incredible true story. Catch Me If You Can is the high-flying musical comedy about chasing your dreams and not getting caught. Seeking fame and fortune, precocious teenager Frank Abignale Jr. runs away from home to begin an unforgettable adventure. With nothing more than his boyish charm, a big imagination and millions of dollars in forged checks, Frank successfully poses as a pilot, a doctor and a lawyer – living the high life and winning the girl of his dreams. When Frank’s lies catch the attention of FBI agent Carl Hanratty, Carl pursues Frank across the country to make him pay for his crimes.