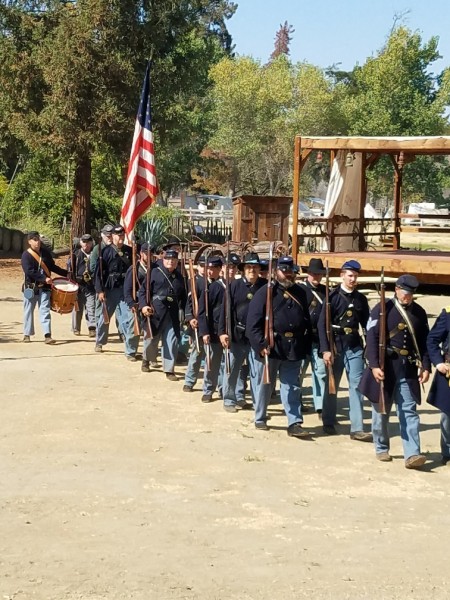 Come relive history and witness the time in our nation’s history known as the Civil War unfold before your eyes!

The “War Between the States” was a stressful time in our country. Brother fought against brother, father against son, cousins against cousins, and neighbors against each other. Politics, state’s rights, the economy and slavery were issues that erupted into a bitter battle (1861-65) in which more than 620,000 Americans lost their lives- more than all previous, past or current American wars combined! This is the event that truly tested the resiliency of the United States of America!

Come see living history as it would have been in the 19th century. Union troops, Confederate rebels, merchants and civilian townfolks will all meet you in the Historic Park in Tres Pinos Sept 9 & 10th! Hear the cannons and muskets fire. Learn about California's role in the war. Witness period speeches, see laundry demonstrations, Tin Type Photography, broom making and more! Bring the family and spend the day in 1863.

Brought to you by The San Benito County Historic Park and the National Civil War Association.