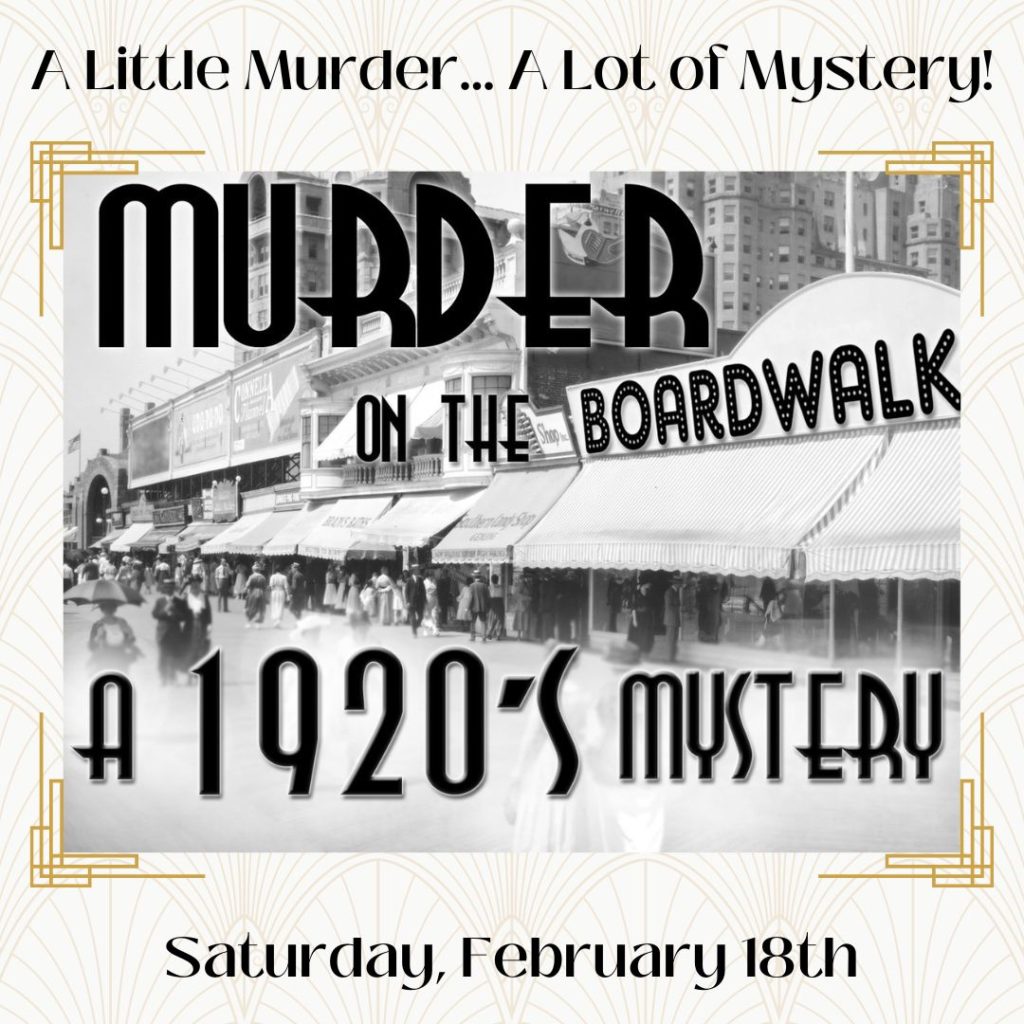 Join us at The GardenShoppe on Saturday, February 18th from 5 pm - 8 pm for a 1920's Murder on the Boardwalk murder mystery party! Tickets include appetizers, dinner, and dessert. As a friendly reminder, this is not a dinner theater, you will be assigned a character role. After purchasing your tickets, please be sure to check your spam folder, you will receive an email with your character assignment and additional details.

The ticket price is $25 through January 14th, and increases to $35, so purhase your tickets early! No outside beverages are allowed on the property at any time; we have a large selection of beer, wine, cider, seltzer and non-alcoholic beverages. This is a 21 and over event.

It is 1927, and the mob scene is prospering in major cities across the United States. In order for the underground to reach supremacy as a unified crime faction, crime bosses from Atlantic City, New York City and Chicago have agreed to establish The Commission during a gathering known as the Atlantic City Conference. The Commission is set to be a governing body that will oversee all mob organizations in the country. Various opinions have been made known on how The Commission should be run, and who will be the boss of all bosses. Some high ranking officials are adamantly against the idea, which has led to preemptive hostility. Nonetheless, the crime bosses have agreed to conduct themselves with integrity at the conference. Nuggy Jones from Atlantic City has agreed to host the conference at his residence and place of business, the Karlton Ritz Hotel on the Boardwalk. Mobsters from the biggest families will be arriving in Atlantic City very soon.