"Sing On!" -A comedy about a musical, Sequel to San Benito Stage Company's SideCar "Play On!" 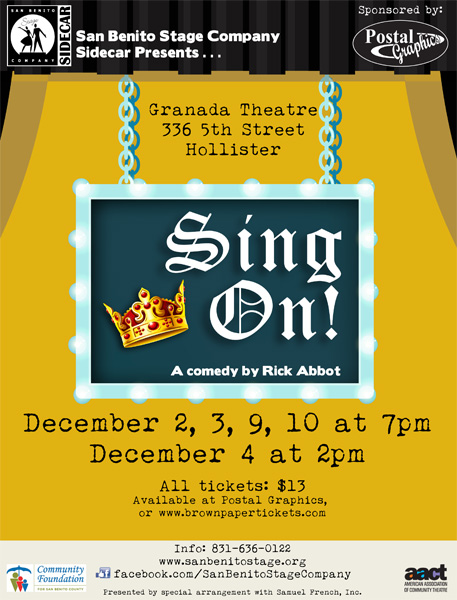 “Sing On!” is a comedy about the hurdles faced by a community theater group putting on a musical, a sequel to last December’s San Benito Stage Company’s Sidecar Theater’s “Play On!”  Performances are December 2, 3, 9, 10 @ 7 PM and one matinee December 4 @ 2 PM at the Granada Theater, 336 5th Street, Hollister, CA.

“Sing On!” Is sponsored by Postal Graphics.  Tickets are $13 and available at Postal Graphics, BrownPaperTickets.com and at the Granada Box Office door an hour before performances.

Stay for the Opening Night Reception following the performance.