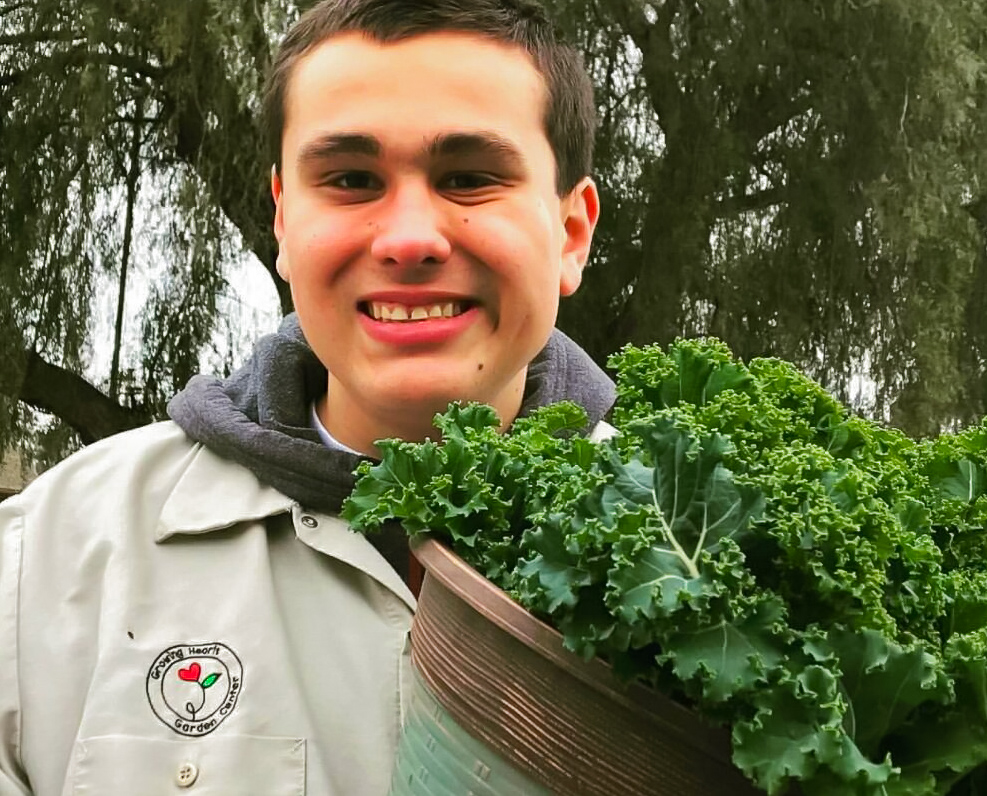 Two years ago, when Mason Churchill would enter a store, he would collapse on the floor in tears, overwhelmed with anxiety. Today, when the 17-year-old Mason walks into a room he smiles, shakes people’s hands, and immerses himself in positive energy.

His mother, Peggy Churchill, experienced a normal pregnancy with Mason, giving birth to him in December 2001. Eight months later, though, when Mason had not started crawling, Churchill began to wonder if something was wrong.

“The first doctor I took him to told me, ‘He’s a boy. They take longer. Don’t worry about it,’” Churchill said. “But in December, when he turned one, he still was not hitting those milestones, so I took him to a neurologist, who took a blood sample.”

Nearly two months later on a rainy Valentine’s Day, Churchill, who owns Cutting Edge Landscape & Maintenance Company, received a phone call at work. The test results revealed her son had fragile X, a genetic condition which affects about one in 4,000 males and one in 8,000 females. Symptoms can include intellectual disability, behavioral challenges, and physical characteristics such as a long face and flat feet.

“The doctor told me not to research fragile X yet, but that she would explain it when I came into her office. But of course, when you’re a parent, you panic and you need to know what is going to happen to your child,” said Churchill with teary eyes.

She worried her son would not be accepted by others. Churchill said her dreams for Mason shattered as she realized he would probably never walk in a typical graduation, never work a regular job, and never marry and have children. But one thing did not change: the love she and her husband shared for their son.

“In most people’s eyes it’s sad, but I feel sorry for them,” Churchill said. “They don’t get this unconditional love from a child who can light up a room. Mason is not a regular teenager who is always asking favors of his parents. He is our gift and we wouldn’t change it for the world.”

Mason’s parents supported him through seemingly endless challenges during his schooling. She said he was unable to progress in the traditional classroom setting because his teachers misunderstood him and were not equipped to teach students with his condition. Watching their son struggle left Churchill and her husband “bruised.” However, their faith was restored in July 2017 when they met Chris and Courtney Evans, who taught Mason during summer school at San Benito High School.

“When Chris and Courtney met Mason, they did not see fragile X; they saw a young man with capabilities and potential,” said Churchill.

Chris Evans, who worked as a resource specialist and taught science at the high school, already felt frustrated with the education system’s “behavioral model.” This approach is founded on the belief that learning occurs when behavior changes. However, for children with special needs, this may not be the most efficient teaching method.

Although Mason benefited from the help of the Evanses, his parents pulled him out of San Benito High School in June 2018 to begin home-schooling him. Evans, also seeking to leave an education system he could no longer support, resigned from his job at SBHS and offered to teach Mason independently.

Since Mason was a young boy, Churchill had dreamed of founding a business that would employ people with special needs. She and Evans realized they could combine their talents to develop such an enterprise. They drove to Lake Tahoe for a brainstorming session. It was there that the concept for Growing Hearts Garden Center was born.

A 501(c)(3) nonprofit, Growing Hearts promotes supportive employment for adults with special needs through community service and other job training opportunities. It employs a project-based career training program in which workers receive specialized training and participate in larger community projects. Recently, for instance, Growing Hearts planted a garden in front of the Community FoodBank.

“Mason works outside every week, shoveling, planting seeds, feeding animals, he’s come so far that now he can even drive a tractor, mower, and forklift,” Evans said. “People with fragile X are mimickers—they model their surroundings. When Mason is in a chill, positive environment, he thrives.”

Churchill added: “Mason having space to spread his wings is giving me space. Unlike the traditional school setting, he’s in an environment where the tether’s not so tight.”

Churchill used to think her son’s sensory issues made him scared to socialize, but with the help of Evans, job coach Robb Rodriguez, and his other friends at Growing Hearts, Mason has developed a love of people.

“He loves the spotlight,” said Rodriguez, “and wants to meet everyone in the room.”

This past year, Churchill has watched her son evolve into a much happier and stronger version of himself. Growing Hearts hopes to continue helping adults like Mason so they can have successful careers where their skills are optimized.

“Hollister is where we’re starting, but our vision is bigger than we are,” Churchill said.

If you are interested in donating to or volunteering with Growing Hearts, email growingheartsgardencenter@gmail.com or call (831) 902-5958. 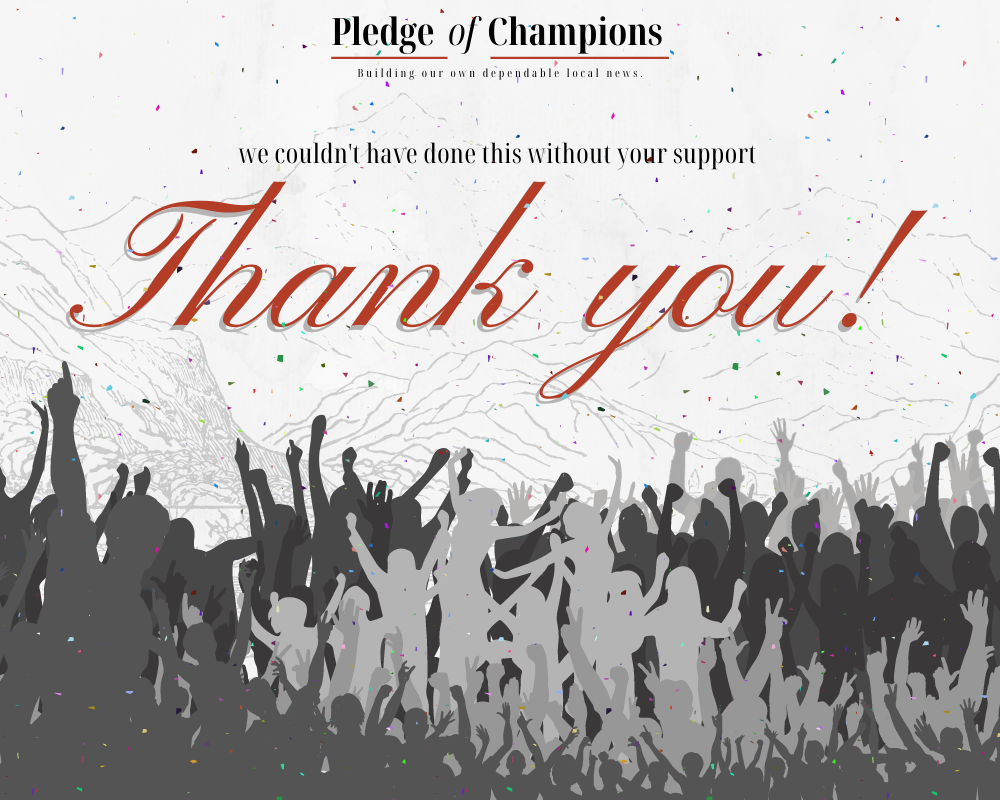 Our best Pledge of Champions yet

Thanks to generous matching opportunities from our major donors and the Institute of Nonprofit News, BenitoLink's annual fundraiser reached over $90,000! 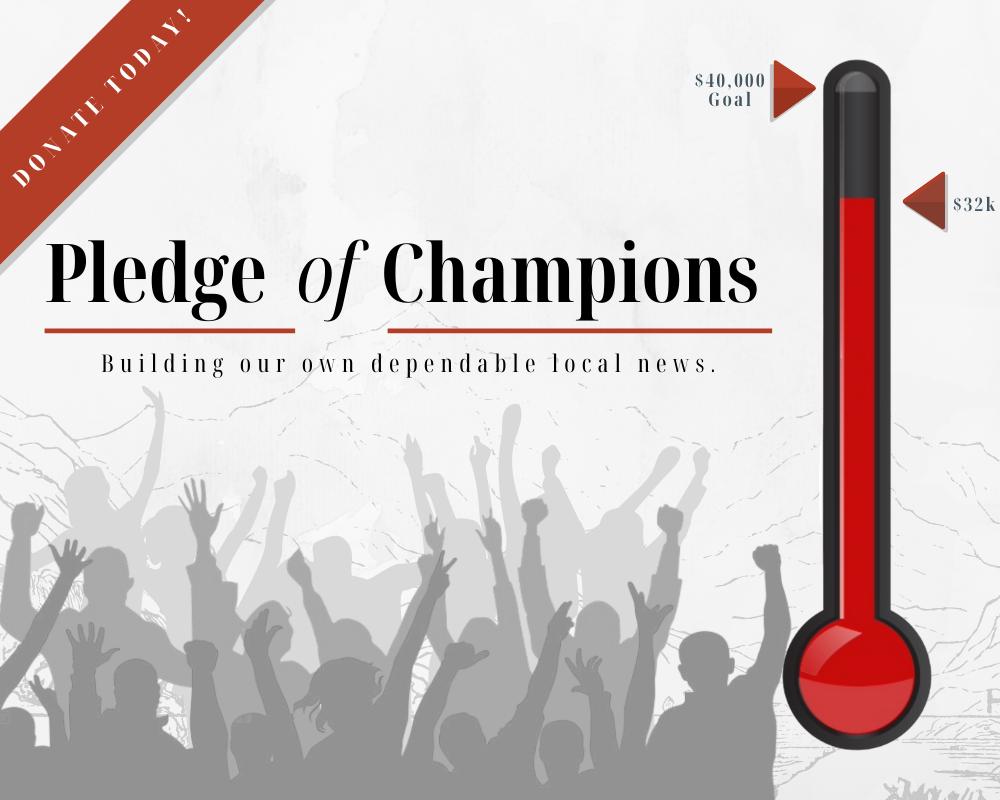 BenitoLink is within reach of our full $40K matching opportunity, with all donations doubled until midnight on Dec. 31. Pledge results will set the path for our reporting capabilities in 2021. 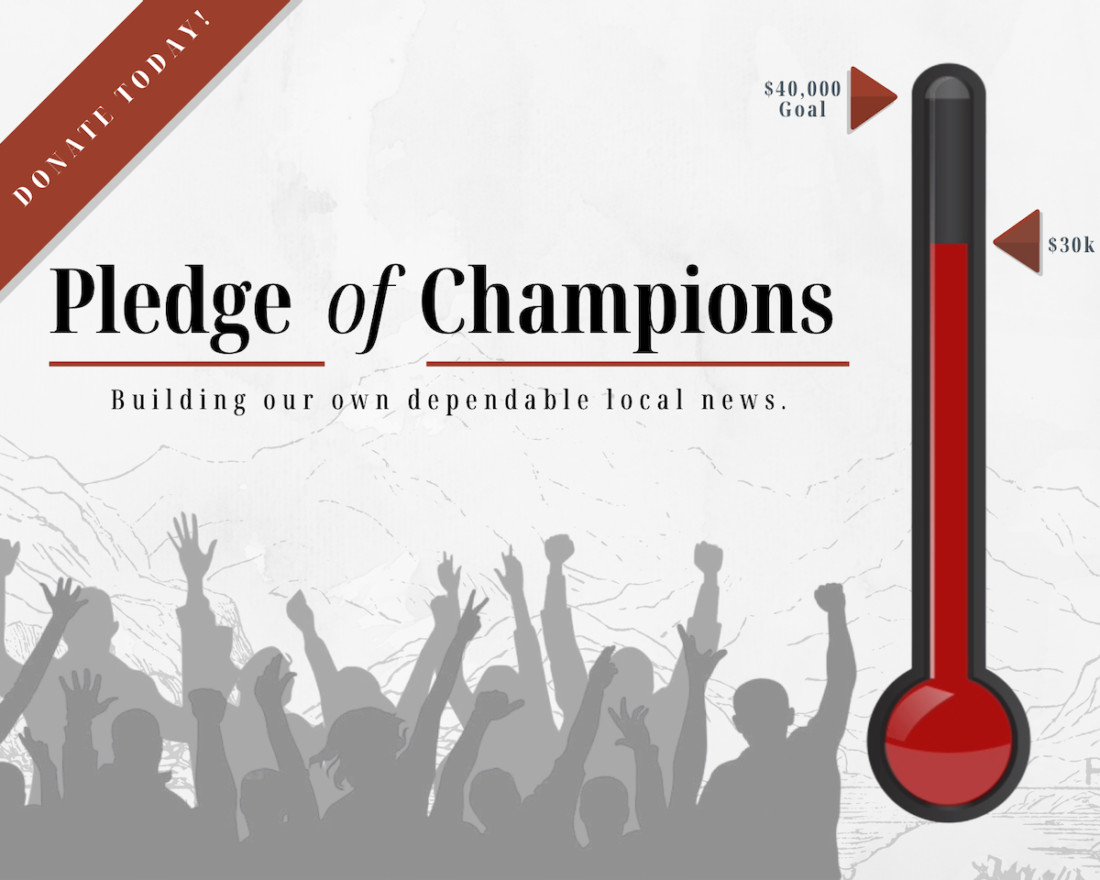 As the last 24 Hrs. of Pledge of Champions approaches, residents continue to show their interest in San Benito's own local, nonprofit news.