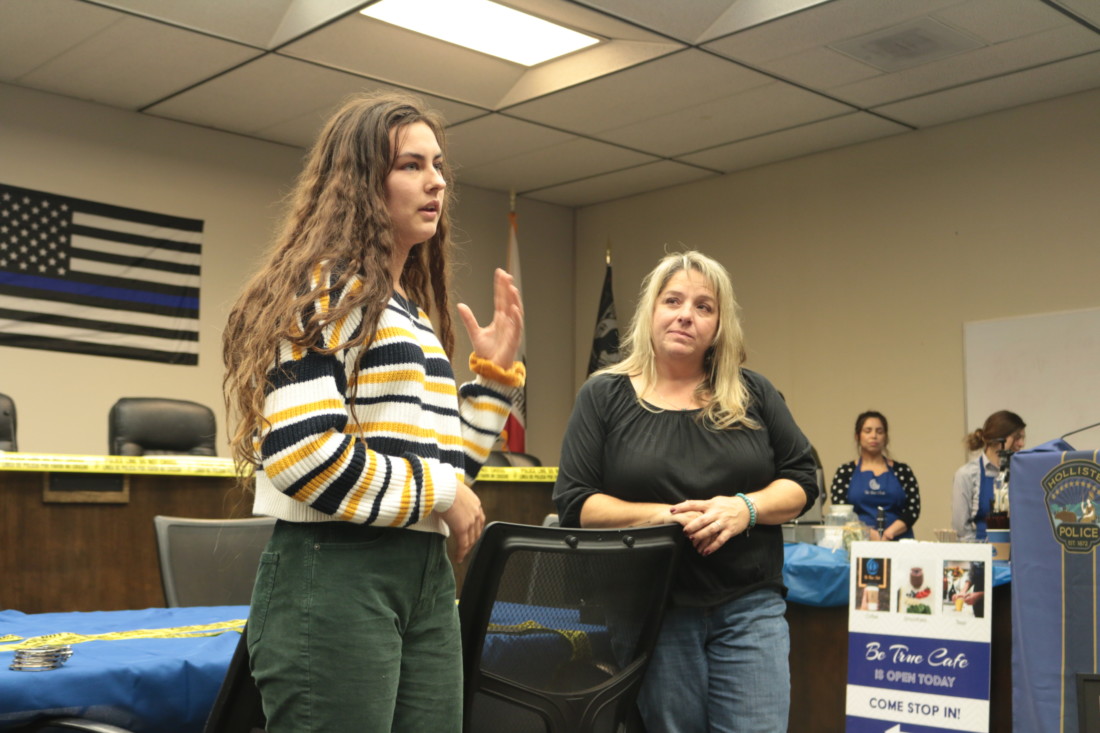 Hailee Westrick, along with her mom Liz, talked about what the police chief was like at home. 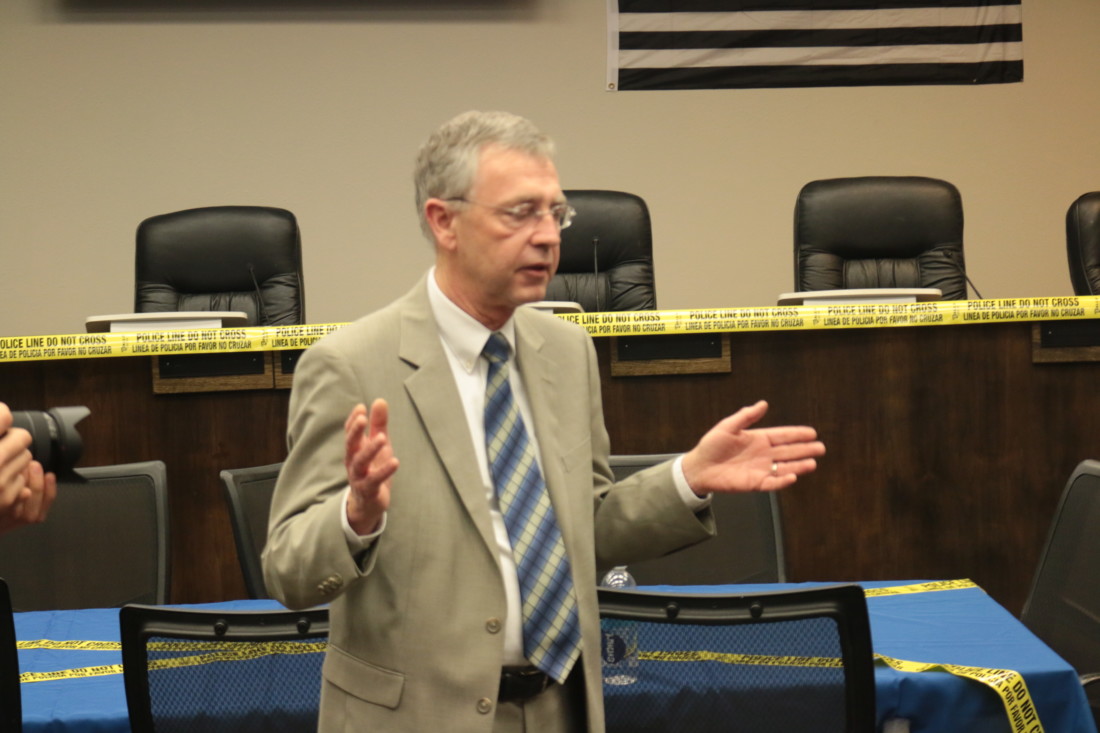 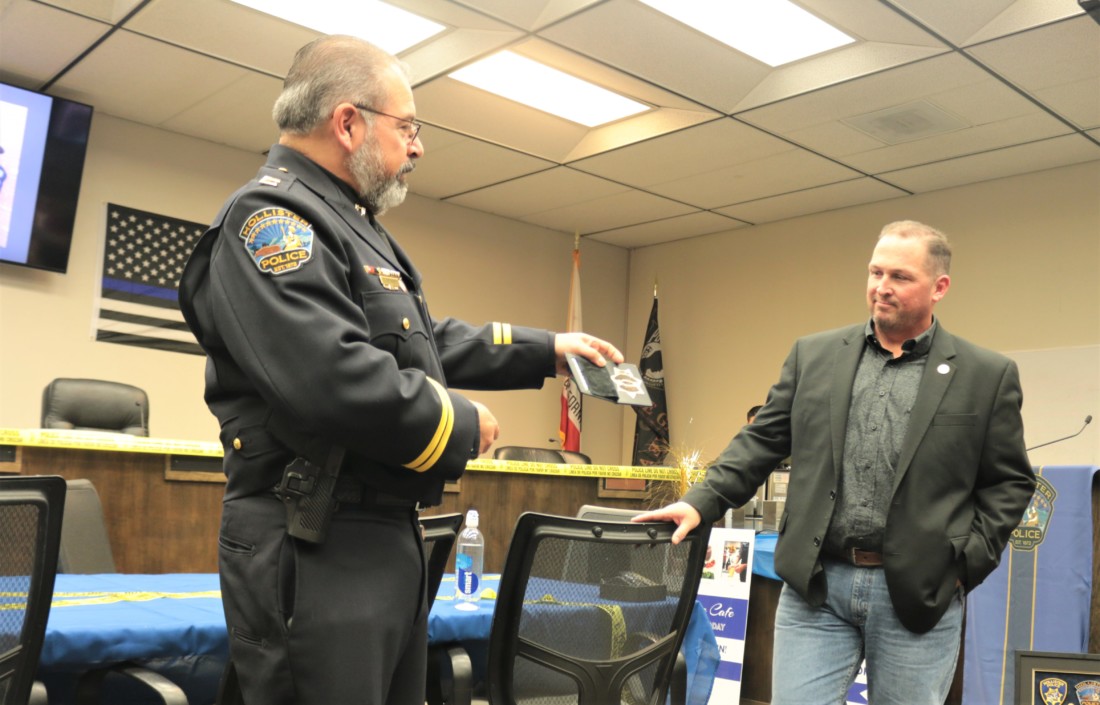 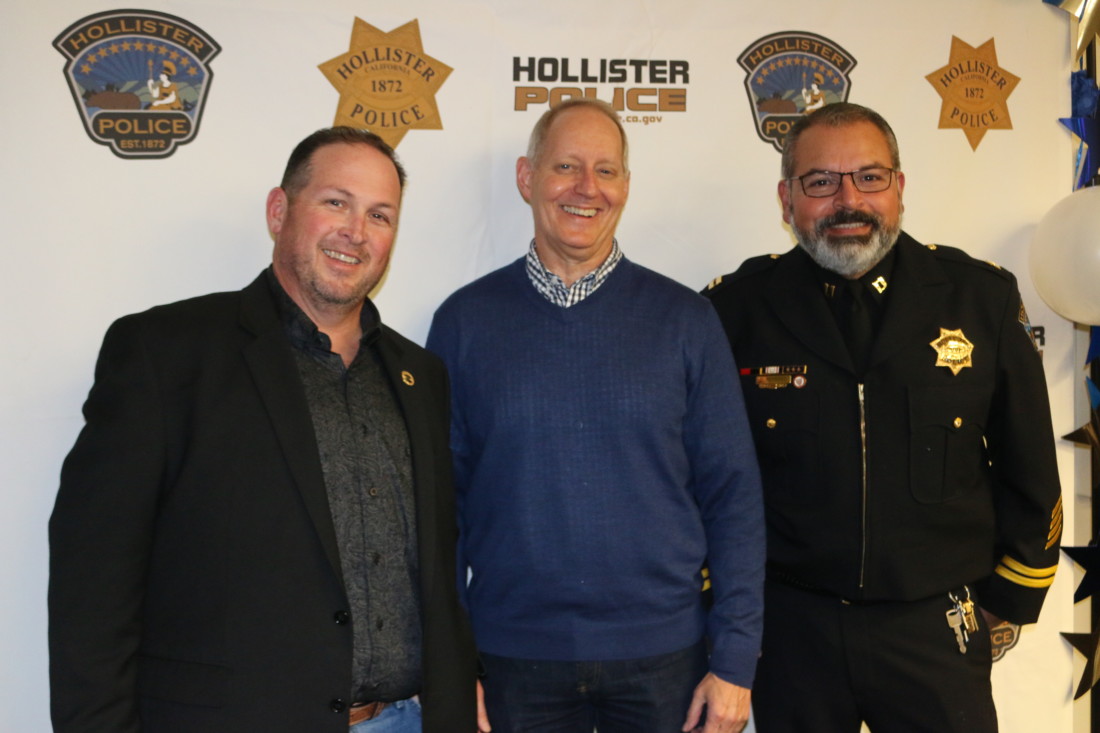 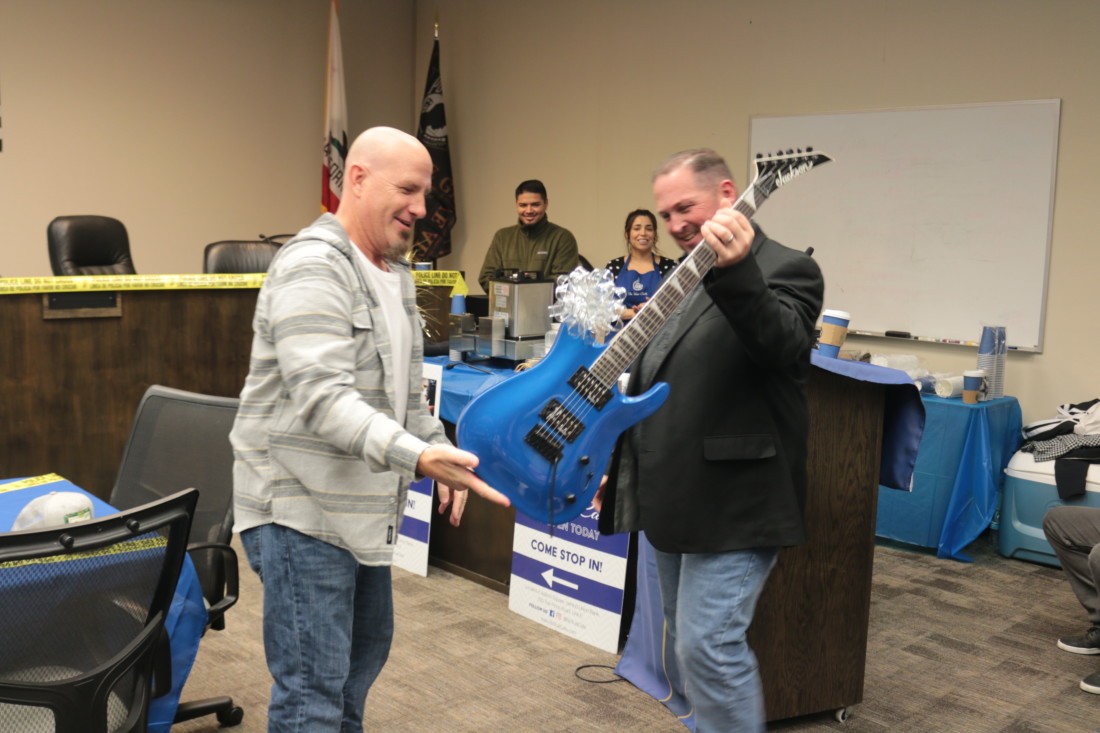 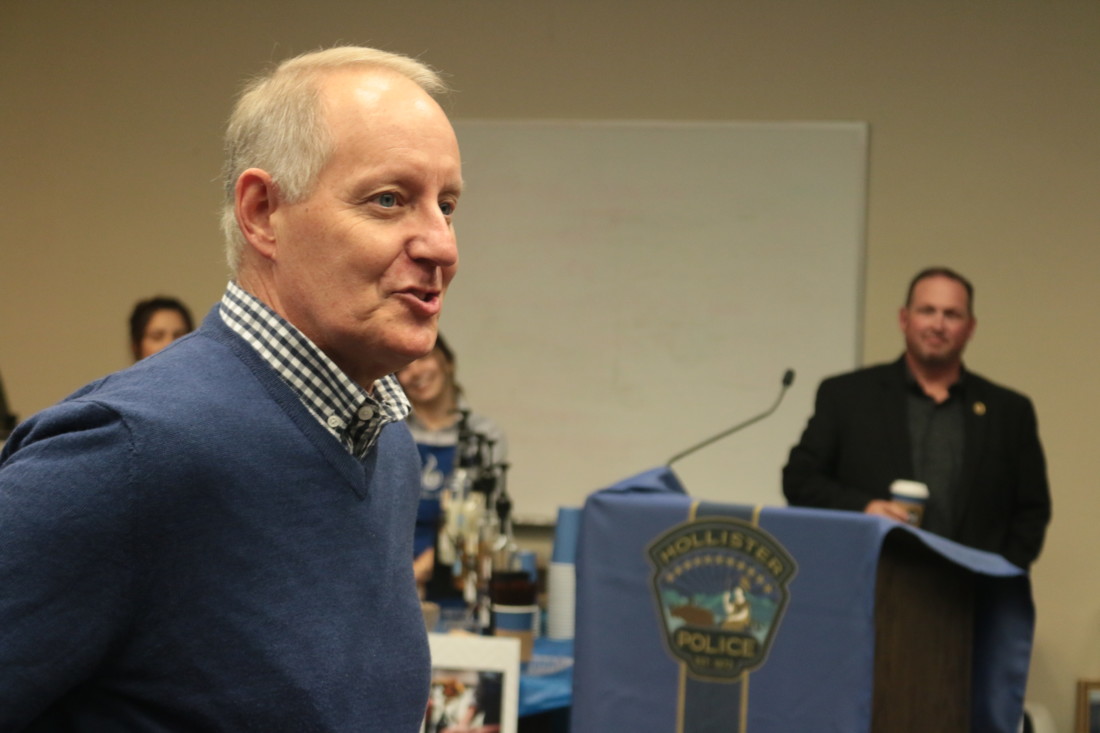 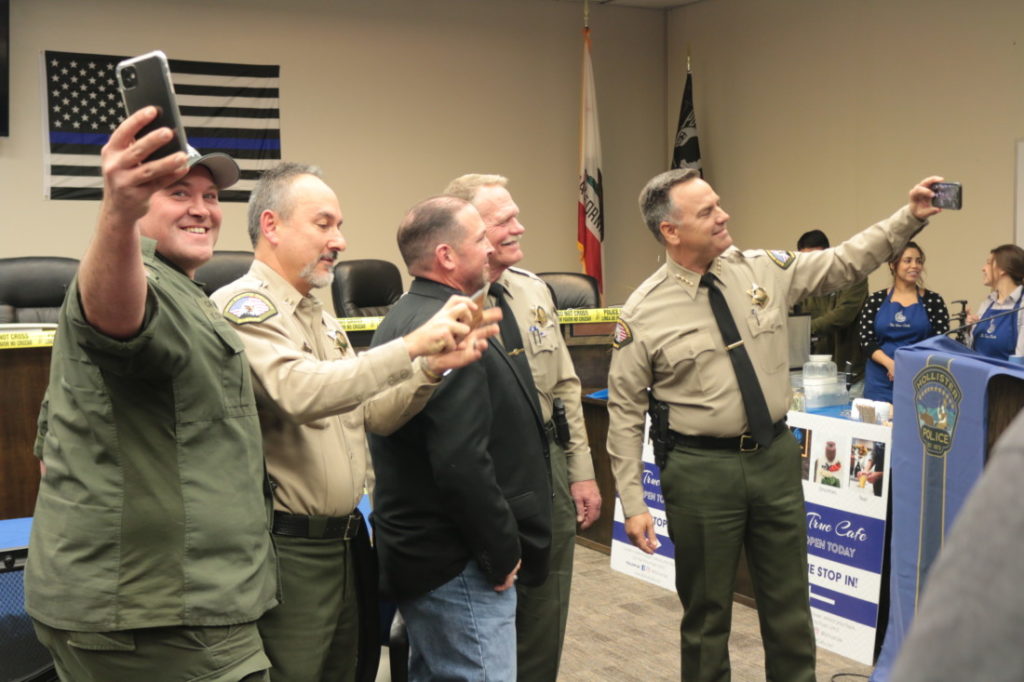 David Westrick invited the community to join him for coffee with a cop on Dec. 30 as he sets course on the new adventure of retirement.

At the retirement party, Westrick told BenitoLink even though he felt he had accomplished much as Hollister’s police chief, there was at least one piece of unfinished business.

“I wanted to finish our digital radio project to make it safer for our officers out there,” he said, adding that he would also miss the everyday relationships with police officers, schools and nonprofits. “I’m going to do all the volunteering I did before, but I also like to work in my shop. Our daughter is graduating this year, and then my wife and I are going to do a lot of traveling.”

The biggest piece of business, though, is his replacement; he’s not shy about endorsing Capt. Carlos Reynoso, who he’s worked with for the past 16 years.

“He’s from Hollister and has worked at Hollister PD his entire career,” Westrick said. “He’s absolutely capable of doing this job. We’ve done this chief thing almost together and he’s been a great partner. There just isn’t a better person for the job.”

Reynoso, who is currently acting chief, said he wants the job permanently, but thinks the City Council wants a permanent city manager in place before considering anyone for police chief.

“He talks about getting busted at home for putting stuff on social media and I’ve kind of been the background character in his career,” Hailee said. “I get to see him at home and in the community. He doesn’t let his work impede with his family time. I just want to thank you for not being two-faced. You think of a lot of politicians who can put on a great face in the community, but it’s who you are when you go home at the end of the day that counts.”

Thompson congratulated Westrick for “crossing the finish line.” He said with changing laws and the local community, a police chief has to be adaptive.

“Back in 1990 when he started there weren’t even computers, and you can imagine how devastating that was to him,” he said, joking about Westrick’s use of social media. “Trust me, he was able to operate with pen and paper. He probably couldn’t now.”

When asked why he wanted to work as a police officer, Westrick recalled what he used to say when applying for law enforcement jobs.