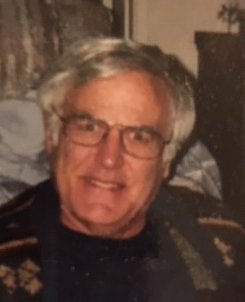 Alec Paul Castellano passed away on December 26, 2019, after a beautiful Christmas day with his wife of 45 years, Vonnie. Alec suffered for over 30 years with a hereditary degenerative disease called Machado-Joseph (Azores) Disease. His brother Victor Joseph Castellano also passed away from the same illness two years ago.

Alec was born in Oakland, California on August 4, 1947, to William Castellano of Pennsylvania and Elizabeth Silva Castellano of Oakland, California. He grew up in San Lorenzo and moved to San Jose and then to Hollister where he and Vonnie have lived for the last 20 years. He was the middle of 3 children. He met his wife Vonnie at Los Gatos Hospital where he was working as an orderly in the Emergency Room. Alec attended West Valley Jr. College majoring in Park Management. He loved hiking, backpacking, cross country skiing and many other outdoor activities. He also attended a computer tech school and worked at HP for 10 years. But his favorite activity was working with his hands. He owned his own business; “Liberty Woodworking” where he loved making furniture, toys, and specialty items such as birdhouses, napkin holders, pepper mills and many other wood creations.

Alec is survived by his wife Vonnie; older sister Anita Castellano O’Gara (John) of Napa; sister-in-law Pat Castellano of Tennessee; as well as numerous nieces and nephews. Alec was a man of great faith with a strong and powerful commitment to Jesus. He was a member of Hillside Christian Fellowship Church in Hollister for 20 years where he served on the “Prayer Team.” Per his wishes, he donated his body to science through the University of California, San Francisco Medical Center. A Celebration of Life Service will be held on January 18, 2020, at 11:00 a.m. at Hillside Christian Fellowship Church, 281 San Felipe Road, Hollister. A reception will follow.