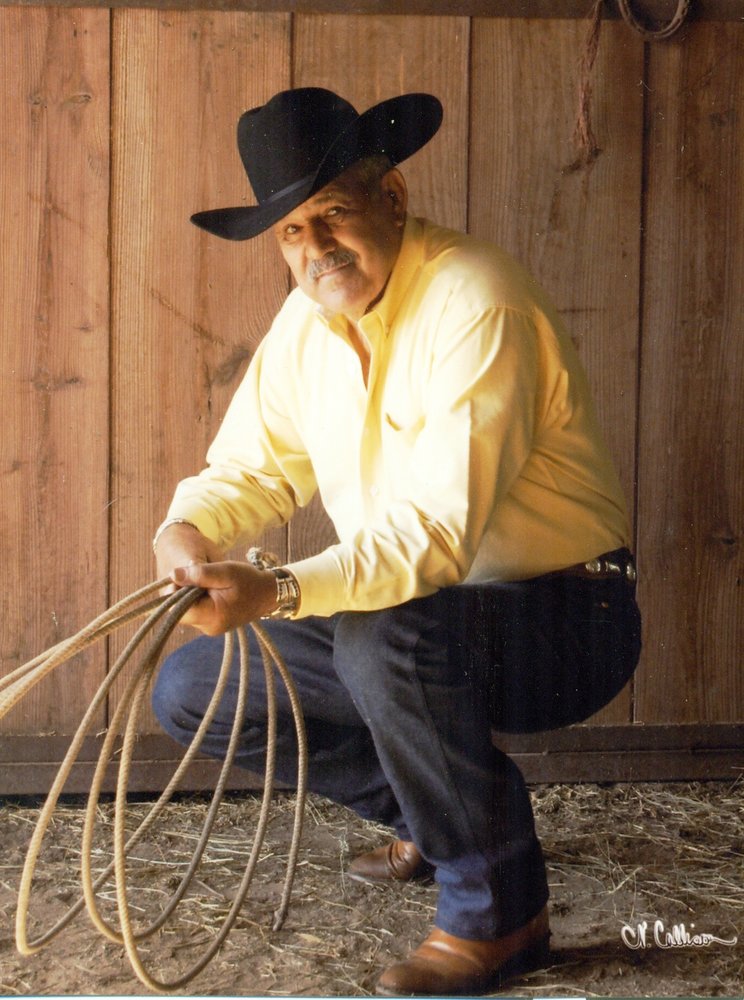 Angelo hung up his boots at his ranch in Stonewall, Oklahoma after a tough battle with cancer. He fought to the bitter end.

Born and raised in Hollister, California to Angelo Rubio Sr. and Mother Stella. Attending local grammar school Ausaymas and graduating from San Benito Joint Union High school and was an active member of FFA. He served in the National Guard. Member of the Elks Lodge and Sociedad de San Benito (Spanish lodge) till his passing.

A couple of years later he married the mother of his two children Sharyl. Living in Hollister till he decided to relocate to Ada, Oklahoma. Then buying another ranch in Stonewall.

Angelo was a plumbing contractor and had a strong work ethic which later led him to start his own business before retiring. His love for horses started when he was a kid and being a cowboy was huge. Hobbies, performing at Bolado Park for many years team roping, stake racing and track events. He lived a full life and enjoyed motorcycling, deer/wild boar hunting to his customized trucks and his travels were always an adventure. Using his creative side, he was always in his barn making all kinds of wonderful gifts.

Angelo was a character and always a comedian; quick witted with a great sense of humor. His knack of telling stories will keep him alive and always in our hearts and the memories will live forever.

In his retirement years, Angelo married his 3rd wife Karen which they loved having friends over for Roping at his ranch to his famous BBQ’s.

Angelo will be laid to rest At Calvary Cemetery in Hollister with private interment and celebration of life when permitted.