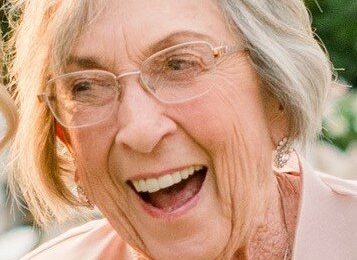 Barbara Anthony Kayser passed away peacefully on November 9, 2021, after a courageous battle with cancer at the age of 88. She touched many lives through her artwork, compassion for others, and positive outlook on life.

Barbara was born in Watsonville, California, to Verner Henrici Anthony and Edna Kathleen Bell Anthony. In 1953 Barbara graduated from Saint Francis School of Nursing in San Francisco and in 1956 she married the love of her life, Kenneth Kayser. Barbara worked as a registered nurse and homemaker until her retirement in 1988. In 1996, Barbara and Ken relocated to Hollister, CA. She was an active member of the Women’s Club at Ridgemark Country Club and was as an avid golfer and bridge player. Barbara enjoyed entertaining friends, watching sports, and her grandchildren. While she was known for having a beautiful rose garden, she will be remembered most for her zest of life and never backing down from a challenge or new experience.

Barbara was preceded by her husband of 64 years, Kenneth Kayser, and will be lovingly remembered by her sisters Colleen (Tom) Scott, Cathi (Tim) Shrimplin, her brother in law Charles (Loretta) Kayser of Hollister, CA, devoted children, Steven Kayser (Lynn) of Monterey, CA, Karen Kottaridis (Chris) of Roanoke, TX and Kathleen Rose (Patrick) of Kapolei, HI. Her nine grandchildren will lovingly remember Barbara; Anthony and Patricia Kottaridis, Sara and Michael Kayser, Matthew, Christopher (MacKenzie), Justin (Chelsea) Spurling, Ariana and Colton Brooks, and one great-granddaughter, Leighton Spurling. She was preceded in death by her sister Jeanette Slatten (Tom) and daughter Kimberly Brooks (Richard). Her humble, loving spirit will be missed by all who knew her.

She will be interred at the California Central Coast Veterans Cemetery with her loving husband of 64 years. Memorial contributions may be made to Hospice of The Central Coast (CHOMP Hospice) at 831-649-7750 in lieu of flowers.

A private Celebration of Life will be held for both Ken and Barbara Kayser by their children.