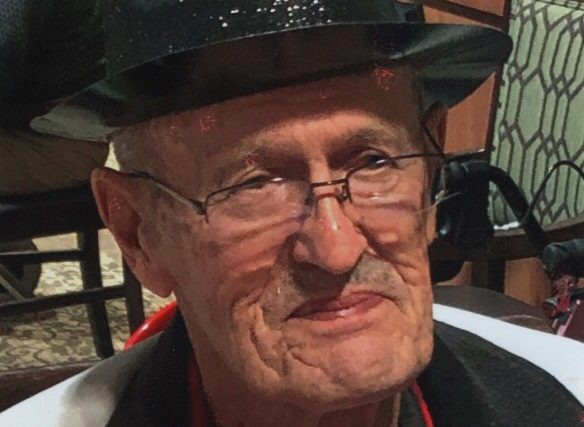 Bradley Robert Edwards of Hollister, California passed away on August 17, 2022 at the age of 84.
He was born on January 11, 1938, in Coeur d’Alene, Idaho to George E. Overjorde and Faye Olive Bott. He was adopted by Harry K. Edwards when his mother remarried after the death of his father.
Bradley attended Roosevelt School in Coeur d’Alene, Idaho, Mintie White and E.A. Hall Schools in Watsonville, California and R.O. Hardin School in Hollister, California. He also attended San Benito County High School, where he was active in Future Farmers of America sheep showmanship and then transferred to Salinas Union High School and finally to San Mateo High School where he graduated in 1956.
Bradley went on to California Polytechnic College in San Luis Obispo where he majored in Ornamental Horticulture. He joined the U.S. Naval Reserves in 1961 and married his high school sweetheart, MaryBeth Edwards, on April 15, 1962. He was drafted into active service on July 13, 1962 and was stationed in Thailand in a Navy construction battalion called Seabees until July 11, 1964.
After the Navy, he continued to work with the California Division of Forestry as a Fire Captain in Hollister. He married Earlene Trier in the early 1980’s and they moved to Yreka, California after his retirement.
He was an avid fisherman and enjoyed boating on the Klamath River. After his second divorce, he traveled in his travel trailer living in California in the summer and Arizona in the winter. He was very active in the California Forestry 25 year club and CDF Wagon Train. He was also a member of the Yreka Elks Club.
In his later years, Bradley lived at Merrill Gardens Assisted Living Facility in Gilroy and eventually came back to Hollister to live with his daughter and her husband. He was preceded in death by his parents, sister, Virginia Caudeaux, and her son, Robert Daniels.
He is survived by his previous wives, a niece, Merrily Ario, a daughter, Darcy (Jesus) Rodriguez, a son, Norman Edwards, a stepdaughter, Renee Trier, a stepson, Michael Trier and grandchildren, Adrian (Chandni) Rodriguez, Erik (Molly) Rodriguez, Linnae Rodriguez, and McKenzie Edwards.
The family would like to thank Bridge Hospice for the wonderful care and compassion they showed Bradley in his final days. At his request, no public services will be performed. Interment will be in the spring of 2023 at Forest Cemetery in Coeur d’Alene, Idaho where he will be laid to rest in the Overjorde family plot.