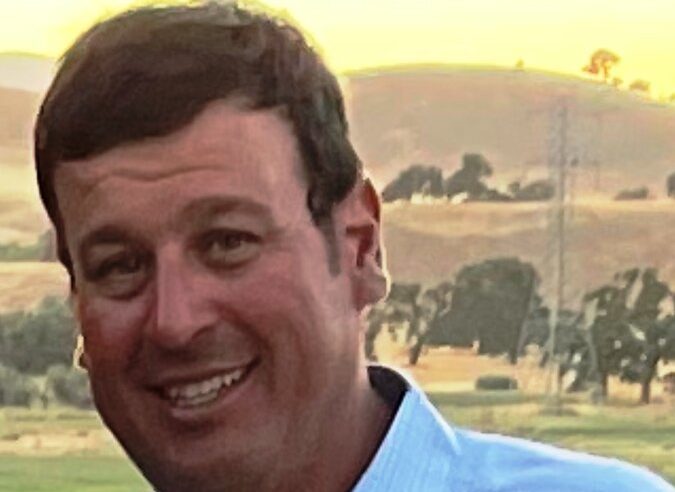 Bryan Joseph DeRosa entered into rest on July 16, 2022 at his Santa Cruz home after a two-year battle with cancer. He was 51. Bryan was born in Watsonville on June 22, 1971, the son of James and Angelina (Lico) DeRosa. He grew up in Hollister where he attended Methodist Preschool, Sunnyslope Elementary, Rancho San Justo Middle School, and Hollister High. He was in the band and was a member of the FFA.
Bryan grew up hunting and fishing with his dad and adored his mom’s cooking. He loved anything with a motor from his 3-wheeler in the early days to his big rig later in life. He enjoyed exploring California’s deserts with his many friends and off-road vehicles. He was a member of the Mission San Juan Bautista Catholic Church. Hard work was his passion. He was a heavy equipment operator for the past 30 years and owned and operated an excavation business for over 20 years. He loved the smell of diesel in the morning.
Bryan met the love of his life, Andrea, in 2013. Their relationship blossomed quickly and they were married in 2015 in Half Moon Bay. Both being from a farming background they had a lot in common. They created a beautiful life and family together.
Bryan is survived by his beloved wife Andrea DeRosa, sons Vincent and Carson and parents James and Angelina DeRosa. His loss will be felt deeply by all who knew and loved him.
“For God so loved the world that he gave his one and only Son, that whoever believes in Him shall not perish but have eternal life.” John 3:16
In lieu of flowers contributions are preferred to the Holy Cross Catholic School, 150 Emmett St, Santa Cruz, California 95060
Services will be on Friday, August 5, 2022 at Mission San Juan Bautista. The Rosary will begin at 10:30 a.m. followed by a Mass of the Resurrection at 11:00 a.m. Interment at San Juan District Cemetery will follow the Mass.