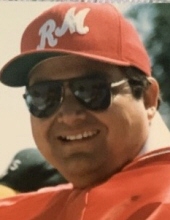 Soon after his father passed away in 1954, Chris and his two brothers and two sisters moved to San Juan Bautista. In 1955, they moved to Hollister to begin their new lives. Chris attended Sacred Heart School and San Benito High School. He graduated from Gavilan Community College with an AA degree in Business Administration and Police Science.

On March 14, 1969, he married the love of his life, Mercedes and was married to her until his death for 51 years. Chris was well known for owning E’s Ranch Milk for many years. He sponsored many sports teams including the Little League Angels, men and women’s softball teams. Chris passed on his love of sports, most notably baseball and enjoyed watching his children play sports.

His services will be private.