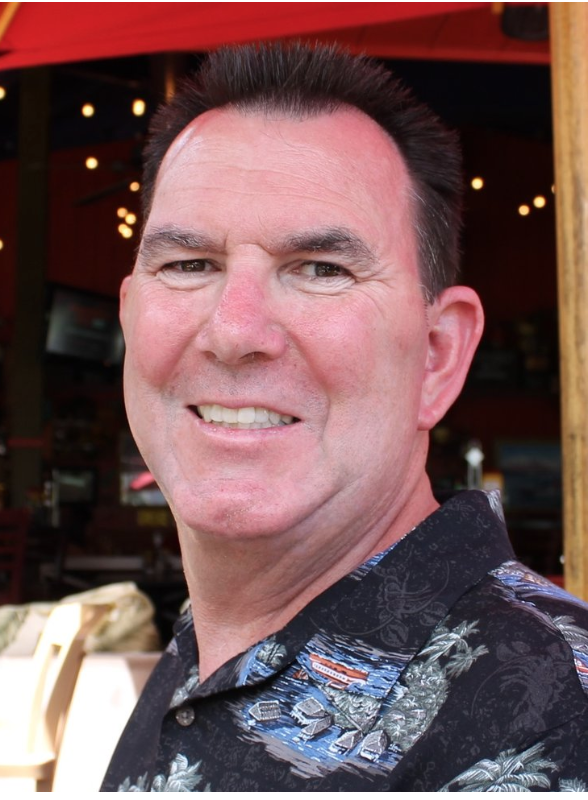 Clay passed away peacefully in his sleep at his home in Hollister, California after a long battle with ALS. He is survived by his wife of 38 years, Mary Ann, his four children, Christopher (Courtney), Derek (Priscilla), Trisha (Scott) and Jordan. His brother Barry (Carol), grandson Dexter and many extended family members- to many to mention, but all loved equally.
Clay was born in Salinas, California where he attended Salinas High. He went on to Fresno State University where he studied Recreation Administration. It was there where he met Mary Ann and they were married shortly after they graduated.
He worked for the City of Exeter for 5 years then moved to Hollister where he worked for the City for 29 years, until retiring from the Public Works Department. Clay dedicated much of his time to the Hollister Community. He has been known to be Santa, Cupid, the Easter Bunny and Uncle Sam. He coached youth sports – tee ball, soccer, basketball and softball. He also coached Girls and Boys High school basketball. He played inter-mural sports and was a long time member of The Kiwanis Club. He was also on many city commissions. Clay loved all sports and was a true and loyal fan of the Giants, Warriors and 49ers, but especially his Fresno State “Bulldogs”.
His family would like to thank all his relatives and friends that were such a big support after his stroke in 2010 and his 3 year battle with ALS. He taught us all what true love, courage and grace look like because he walked it every day. There will be a viewing on Thursday, February 13 from 1 pm to 7 pm and a service Friday February 14, at 11 am at St. Benedicts Church, with an open house to follow at the Lee residence. Donations are preferred to: San Benito High School – Baler Backer’s Girls Basketball or to the charity of your choice in Clay’s name c/o the mortuary.