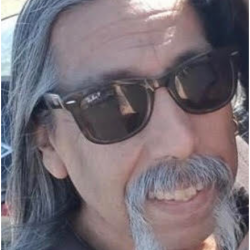 Cruz was born in Salinas, CA to Cruz R. Bocanegra and Charlotte A. Sotello on March 3, 1950. He grew up in Hollister and graduated from San Benito High in 1969.  He moved to Oregon in 2002. His love for family, friends, humor, cooking, and music will live forever in the hearts of his children and grandchildren.

Cruz is preceded in death by parents Cruz R. Bocanegra and Charlotte A. Sotello, And his sister Dora Bocanegra.

The family would like to thank everyone for their love, support, and encouragement during this time. Your thoughtfulness is appreciated and will always be remembered.