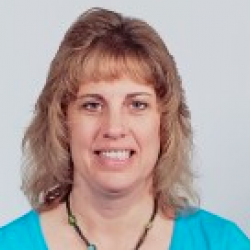 Cindy was born in Fremont, CA on July 20, 1962. Cindy’s parents were Frank Lubke and Mary Lou Maxwell. She graduated from Irvington High School in 1980 and continued her education at Ohlone College, a community college, Major in Liberal Arts and Music. After graduation, she moved to Arizona to attend Arizona State University and live with her dad, Frank Lubke, and step-mother, Kathie Lubke. Cindy graduated from Arizona State University in 1984, and then moved back to California to start her teaching career. In California she enrolled at Hayward State, where she received her Bachelor of Arts in Liberal Arts and Music. In 1992, Cindy graduated from National University in San Jose; she received her Master of Arts Degree and Credential in Education Administration.
Cindy suddenly passed away at the age of 56 on October 7th, 2018 at Sutter Health Memorial Hospital in Modesto; her entire family was by her bedside.
Cindy is survived by her husband, Baldo Salcido, and son, Ryan Salcido; her sister Terry Stone and Tammy Atfield who reside in Mokelumne Hill, CA and Zionsville, IN, respectively; her four step-sons, Tommy (Lety), Mark (Jenn), Adrian (Victoria), and Stephen (Mari) Salcido; 10 grandchildren and nieces and nephews; her step-mother Kathie Lubke, brother, Christopher Lubke, Uncle Richard Lubke; Aunt Carol (Rick) Hansel; Aunt Shirley (Joe) Pfitzer; Aunt Carol from Switzerland, and Aunt Trudy (Bob) Grim from Fresno. Her death was preceded by her father, Frank Lubke, mother, Mary Lou, and step-father, Floyd Maxwell.

Cindy started her teaching career in 1987-88 at Fremont Elementary School in Hollister, hired by principal, Bob Hammond. During her 1st year of teaching, her students included Adrian and Stephen Salcido in one of her classes. Through parent-teacher conferences, Cindy met Baldo Salcido.
Baldo and Cindy were married at the San Juan Bautista Mission in July 1988. In 1995, their son, Ryan Salcido was born in Monterey. In 2000, Cindy, Baldo, and Ryan moved to Los Banos, CA. Although it would make Cindy’s commute nearly an hour, Cindy was very dedicated to the Hollister School District, especially Sunnyslope School. She was a 4th grade teacher for another 15 years before becoming a resource teacher. After 12 years of being resource teacher, she went back to the classroom to teach 4th grade. She was only in her 2nd year back in the classroom before she passed away. She had been teaching in the Hollister School District for 31 years.

Cindy was loved by so many including her family and the faculty of Hollister School District. She cared for all her students and wanted them to succeed. Sometimes, we do not think she realized how much of an impact she had on her family, friends, and students. Cindy was so proud of the number of her students that pursued teaching as their profession and passion.
During this difficult time, Sunnyslope School has shown their love and support for Cindy by writing letters and decorating her beloved parking spot underneath the tree.
Memorial contributions in memory of Cindy can be made to either the Sunnyslope Parent Teacher Organization (4th Grade) at 1475 Memorial Drive, Hollister, CA 95023 or the Merced Humane Society, (c/o) Dawnya Rambo, at 6660 Bailey Road, Atwater, CA 95301.

Celebration of Life will be held on November 10th in Hollister, CA at Sunnyslope Elementary School, Multi-Purpose Room at 11 a.m. Reception to follow at same location