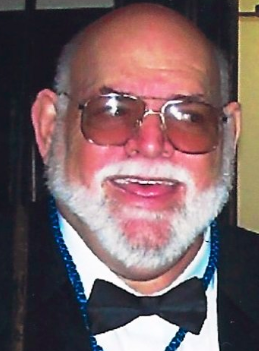 David B. Arnold Sr., a long time resident of Hollister, passed away in San Jose, California on July 27th, 2019 after a long illness at the age of 83 years. He was preceded in death by his parents, Howard and Isabel Arnold as well as his loving wife of 59 years, Pat Arnold.

Dave and Pat are survived by their children; Dave Jr, Debbie, Jim and Geoff, their spouses Bob, Rebecca and Laurie.  They also have eight grandchildren and eight great-grandchildren.

Dave was born in Connecticut, raised in California and Illinois.  Following high school and college, he served on a research vessel in the US. Coast Guard.  He then joined IBM in New York as a technical writer  He enjoyed a fulfilling, progressive career before retiring from IBM after 35 years.

Dave enjoyed playing chess, bridge, stamp collecting, fishing, traveling, being with his grandchildren and great grandchildren. An avid reader, Dave would frequently read 3 or 4 books simultaneously. Dave’s real passion was classical music. In his younger years he was first flute for the Battle Creek Symphony Orchestra.

Visitation with viewing will be held at Grunnagle-Ament-Nelson Funeral Home in Hollister on Friday, August 2nd at 10:00AM.  At 10:30AM there will be a Masonic Service provided by San Benito Masonic Lodge #211 F&AM.