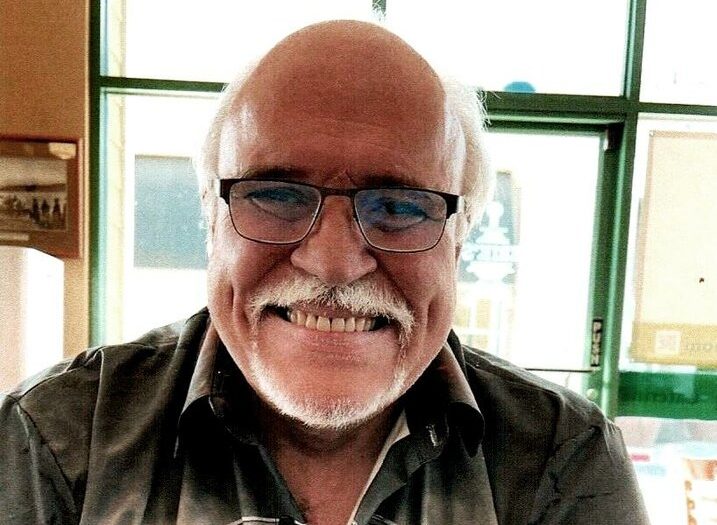 David Lee DeShong passed away on October 13, 2021, at the age of 63, in Monterey, California at Community Hospital of the Monterey Peninsula.

David was born in Germany on December 31, 1957, and later adopted by Charles and Ala Jean DeShong. He went to Sunnyvale High in Sunnyvale, California He went on to earn his certification in electrical engineering from De Anza College.

He worked as an electronic engineer in Silicon Valley for forty plus years, until he retired in 2009. He enjoyed riding his motorcycle, spending time with family and friends, taking road trips in the RV, building, and running RC cars with his son, Josh. Also, he was involved in his grandchildren’s activities such as Boy Scouts and football with his grandson Jayden, and Father/Daughter dances and watching wrestling/Yellowstone with his granddaughter Kayla. David was also involved with multiple volunteer organizations such as Patriot Guard, Operation Surf, and Soldiers Angels (preparing/ sending care packages to support soldiers with his daughter Jennifer).

In his earlier years, David worked with disabled children as a peer counselor. As a young adult, he could be found at home working on his Chevelle or at the beach surfing with his friends or going camping and fishing. David loved to make jokes and play pranks on friends and family. There was never a time that people were not laughing or smiling in his presence.

David was a devoted husband, father, and grandfather. He always put his friends and family first and never thought twice about making sacrifices. He inspired those around him with words of wisdom, praise, and encouragement. He was a gentle giant who loved helping others and being a rock for others. His bright smile, contagious laugh, and memories will forever be imprinted on our hearts.

David is preceded in death by his parents, Charles and Alva Jean DeShong.

David is survived by his wife of 42 years Kimberly DeShong; his children: Josh DeShong and wife (Valerie) Jennifer Fisher and husband (Jonathan); his sister, Monika Hale; his three grandchildren Kayla, Jayden, and Ryan; and his four nieces and two nephews.

David’s Memorial service will be held at 1900 Highland Dr. Hollister, California at 1:00 p.m. on December 11, 2021, with Pastor Snow of Calvary Baptist Church officiating. Reception will follow memorial service at the church.