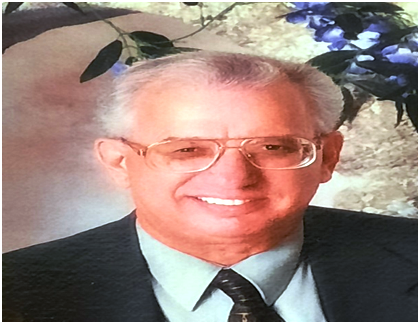 It is with a heavy heart that Jean Pacheco and Family wish to inform that David Manuel Pacheco passed away peacefully at the age of 78 in Modesto on September 8, 2020. David was born in Oakland, California on July 22, 1942. Graduating in 1960 from Saint Elizabeth Catholic High School his faith in the Lord remained an integral influence throughout his life. After graduation David reconnected with and married his wife, Jean, of 57 years of which they raised 4 children together in Hollister. After retirement David and Jean settled in Los Banos.
David was employed in the land and title industry and after many dedicated years he retired as the Chief Title Officer at San Benito Land & Title. He devoted much of his time throughout his life to charity, helping both youth and elderly within his community. As a longtime member of Hollister Elks Lodge #1436 David served as exalted ruler in 1978 & 1998, David also held the position as district Vice President later in his time with the Elks. For many years David volunteered in his community hospital in both Hollister and Los Banos, with recognition as Memorial Hospital Los Banos, volunteer of the year in 2014. David was also a long-time usher at Saint Benedict’s Catholic Church in Hollister.
Many years of Dave’s life were spent with loved ones, both family and friends and community members played a large role in his life. David dedicated his life to his family above all, and they will always remember and pass along traditions important to David to keep his legacy and memory alive for generations to come.
Survived by his wife, Jean Pacheco, of 57 loving years in marriage; Children – Christine (Don) Valdez, Barbara Azevedo, Edward (Danielle) Pacheco; 7 grandchildren – Brenda (Ben) Vargas, Aiden Pacheco (16), Finneas Pacheco (6) and Lylith Pacheco (4), Julie (William) Dolson, Dawn (Joey) Carey, Jennifer Sandoval; 2 great-grandchildren Madilyn Vargas (2) and John Valdez (21). Also many Nieces, Nephews, Brother and Sister In-Laws.
Preceded in death by both parents, Elsie and William Pacheco; brothers Bill, Alfred, Richard and Ronald Pacheco; beloved son David Pacheco Jr.; son-in-law Leo Azevedo and beloved grandson Jayson Orabuena.
May David rest in eternal peace and know that he will be deeply missed by those fortunate to be blessed with his endless love and generosity.
Rosary Service will be held: 3:00 p.m. Monday September 28,2020 at St. Joseph Catholic Church, 1516 Center Ave., Los Banos.
Memorial Funeral Service will be held: 11:00 a.m. Tuesday September 29,2020 at St. Benedict Catholic Church, 1200 Fairview Rd., Hollister.