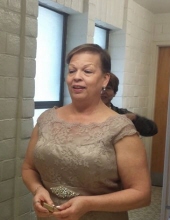 Debra was born Debra Jean Hawkinson on November 1st, 1953 in Reno Nevada to Bob and Betty Hawkinson. Debra is survived by her sibling’s older brother Dan Hawkinson, brother Michael, sister Ann and deceased sister Sharon Moore. Debra’s parents’ marriage did not last at that time Debra and Dan were separated and would not see each for several years, Dan never forgot his little sister they would meet again and stayed in touch for the rest of her life.

At two years old Debra’s mother would marry James Moore and adopt Debra and give her his name. James and Betty would add Sharon, Michael and Ann to the family. Debra loved and looked after her siblings being a kind and caring big sister, the family would live in Reno, Tahoe, Sacramento, Eureka, Watsonville. Debra had a friend who introduced her to the Church of Jesus Christ of Latter-Day Saints, the Missionaries spoke with her unfortunately at the time nothing came of the meeting but, the seed was planted. In 1973 Debra’s adopted father next married Donna Jean, she brought with her Steven and Carol.

Debra would marry Tory Hagan, they would have 3 children Heather, Laron and Zackery. Debra loved her children with all heart they, blessed her with 6 beautiful grandchildren. In 2011 Debra would come together with her 2nd husband Jose Fernandez who she had known in 1993. Debra would taken on 3 more children as her own Caitlyn, Tayah and Faith. Debra was a great mother teaching by example the lessons of life. Debra would come back to the Church of Jesus Christ of Latter-Day Saints in 2017, Jose would follow her example and became a member in 2017. In 2012 Debra would be diagnosed with cancer and would fight it for the next 8 years. On Thursday November 5, 2020 Debra would pass away peacefully in her sleep.

Debra was a smart, funny, kind and loving Sister, Mother and Wife. She always had a smile on her face and a willingness to help others. On the 5th we lost a Mother, Sister, Wife and a Friend but we now have an Angel watching out for us. She will be missed but never forgot, I know we will see her again one day.