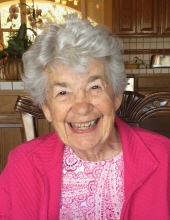 Dixie V. DeMaggio passed away at her Hollister home at the age of 90. She was born in New York and graduated from Flushing Hospital School of Nursing in New York, married Joe DeMaggio in 1952 in Elmhurst, New York and lived in Atlanta, Georgia while Joe was in the army and worked in Atlanta hospitals in special duty and moved back to New York in 1953 and had her first child.

She married Mike Cracolice in 1999. She and Joe were in the hardware business in New York for 7 years and came to Hollister in 1968 and went into Walnuts and a machine shop. She went back into nursing in 1968. She was a member of Sacred Heart/St. Benedict Church, the church choir, YLI, ICF (Past President of both), HHH Auxiliary, Coordinator for the volunteers at Southside, Director of Nurses at Southside.

Rosary and Mass will be on Friday, October 2, 2020 at 11:00 a.m. at St. Benedict Church. Entombment will follow at Calvary Cemetery.
Friends can pay their respects on Friday from 9:00 a.m. to 10:30 a.m. at Black Cooper Sander Funeral Home prior to going to the church.
Donations are preferred to The William and Inez Mabie Skilled Nursing Facility in memory of Dixie.
Condolences: sanderfhcares.com