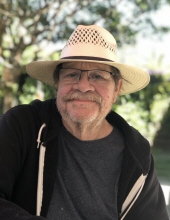 Donald (Don) M Davis, Jr passed away peacefully at his home in Hollister, California on September 17 2020 at the age of 63 years. He is predeceased by his grandparents, Garland and Verona Davis, Leroy and Evelyn Hughes, and his precious granddaughter, Samantha Jane Hall.

Don is survived by his loving wife of 27 years, Kathleen, his parents, Donald and Patricia. He is lovingly remembered by his stepchildren Joslyn, Zachary and Lesley; grandchildren Haven, Sierra and Aurora; his brothers Richard and Jeffrey; and his loving nieces, nephews, in-laws and abundance of friends.

Don was born in Redwood City, California on March 19th, 1957 and graduated from Oak Grove High School in San Jose, California in 1975. He excelled in his work as Electrical Warehouse Manager for various electrical contractors and as Purchasing Agent for Sprig Electric in San Jose. Don was known as the guy that could figure out what you needed and how to get it….at the best price!!!

Don enjoyed a life-long love for cars. He could fix, repair or build anything and he owned a tool for every situation. Family would often boast how Don could fix things that have not been invented yet! His gruff exterior thinly veiled a heart of gold. He would play tough, frequently exclaiming, “No more animals can live here!” Only to fall head over heels for the next stray that his kids or wife brought home. They always found a warm lap and lots of hugs in this big, gruff man. With a dry wit and a generous heart, he gave freely of his time and abilities to his family and many friends and all lost animals. Don was known to use his lunch time to assist the homeless by supplying them with articles of clothing and needed toiletries that he would purchase and prepare for them. He was so aware of his countless blessings and looked to share that abundance with others.

Don loved spending weekends watching his grandson play soccer or baseball and hitting the pizza parlor to hang with family afterwards. He enjoyed barbequing his famous chicken and tri-tip recipes for his friends and family. Always with a big smile and a hearty hug to warm you.

His granddughters brought so much happiness to his days. His ability to meet and hold his newborn granddaughter, Aurora, during his last days brought him much joy and comfort. He adored watching his Sammy Cakes and Sierra play and grow.

Don was always so proud of his stepchildren. Always conscientious of their relationship with their father, he brought partnership and love to raising these amazing individuals. He honored all with his love and willingness to be a true partner to this blended family.

Visitation will be held at Black, Cooper & Sander Funeral Home, 363 7th St., in Hollister on September 23rd from j9am to 11am.

Memorial Service will be held at the same location at 11am. Anyone that would like to speak about their memories is invited to.

A reception will follow the Memorial service at his home – 1170 Jan Ave. Hollister, California 95023

Donations are being accepted at the Donald Davis, Jr. Memorial Fund. Organized by Lesley Hall on GOFUNDME.COM