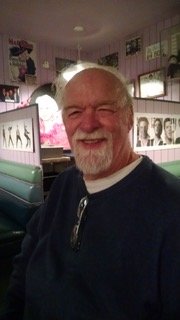 Douglas Gene Hooton, age 73, son of Dwen Hooton and Mildred Hooton passed away in San Jose on March 12, 2020, from complications of infection and years of fighting Cancer. Growing up in Hollister and San Jose he enjoyed opportunities with his grandparents on a ranch and living a city life.

He attended school in San Jose in the Willow Glen district and then went on to San Jose State. While in the Air Force he obtained his degree in Electrical Engineering and later taught Electronics. While working overseas in Germany his standby status offered him many opportunities to play golf, travel Europe and attend the Monte Carlo Grand Prix.

He worked many years in Silicon Valley and in 1998 found a position in Hollister and happily returned to his birth city. His passion for cars was evident as he enjoyed reminiscing with friends of his many conquests of buying and selling through the years.

He is survived by his wife, Sandy Hooton of Hollister, his sister, Deb Gansberger of San Juan Bautista, his brother-in-law, Bob Gansberger, and his nephew, Donald Gansberger of Corpus Cristi, Texas and children, Keith Kingston and Kerry Ortiz and many grandchildren and great-grandchildren.

In lieu of flowers the family requests donations to the American Cancer Society in Douglas Hooton’s name.