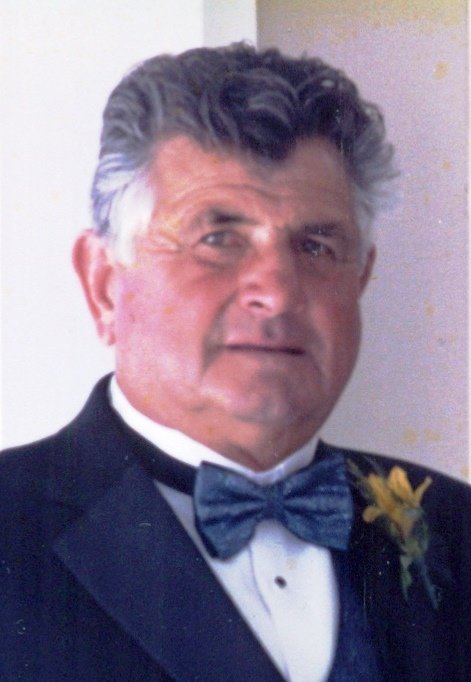 Eugene R. Acquistapace passed away in Hollister, California on February 9, 2020 at the age of 84 years. In celebration of his life as a dedicated husband, father, grandfather, and uncle, we would like to share a little bit about him: Gene was born August 4, 1935, to Attilio and Ida Acquistapace of Hollister, California He attended Ausaymas grade school, and San Benito High School where he was very involved in the 4H, and FFA programs. After school he served his country in the Army National Guard. In his younger years he went to work on the Acquistapace Family Farm, where he would milk cows, raise calves, and farm crops: such as hay, walnuts, and corn. Gene was an active member in the San Joaquin Valley Dairyman’s Association. Though there were ups and downs on the farm, Gene, and his brother Bobby, were able to build an outstanding herd of Holstein cattle, and a grade A milking facility. His dedication to a strong work ethic was instilled in his three boys, along with the importance of working hard, the value of a dollar, and honesty. Gene shared in many adventures with his three sons, nieces, nephews, and cousins. He was a strong man with an infectious smile who took pleasure in the little things, like riding his quad to the dairy with his dog in tow. He would have oatmeal in the old farmhouse with Bobby, and any of the many friends who would stop by. He was a proud father, frequently sharing the many accomplishments of his sons, and telling stories of his grandkids. Gene was an active member of the Hollister Elk’s Lodge for over 50 years. He was an avid bird hunter, and never missed an Opening Day. He enjoyed cheering for his favorite team the San Francisco Forty-Niners. Gene is deeply missed by his devoted wife of almost 50 years Lois; their children Michael with Beth, Mark with Kristine, and Marty with Crystal; his sister Alda Wyatt, and brother Robert Acquistapace; and his seven grandchildren, Avrie, Mathew, Clayton, Luke, Hayley, Dante, and Brody. As well as many nieces, nephews and extended family. Visitation will be on Tuesday, February 18 from 1:00 p.m. to 8:00 p.m. with the recitation of the Rosary at 7:00 p.m. On Wednesday, February 19th, family and friends will meet at Immaculate Conception Church in Tres Pinos at 10:00 a.m. for a Mass of the Resurrection. Interment will follow at Calvary Cemetery. A Reception to follow at the Hollister Elks Lodge. The family encourages those interested in lieu of flowers to please donate to your choice of 4H or FFA Chapter to inspire the next generation of farmers.