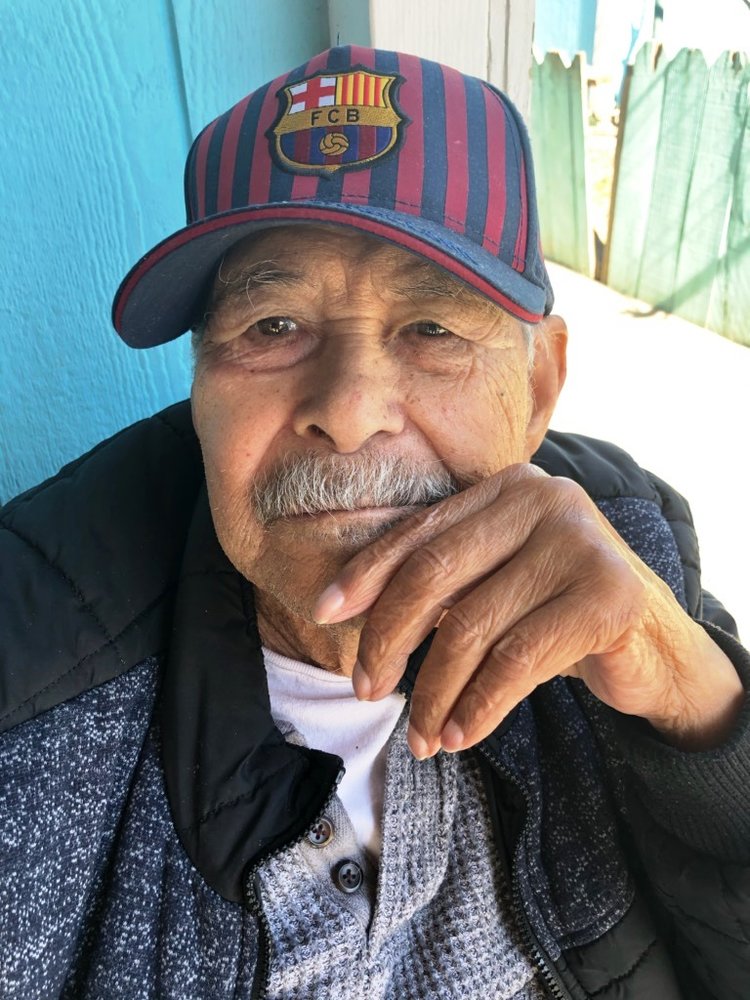 Francisco López Gutierrez passed away peacefully at his home in Hollister on Monday, March 2, 2020. He was 85 years old. Francisco was born in El Rancho de la Barranca, a ranch in the outskirts of the town of Cueramaro, Guanajuato Mexico. He is preceded in death by his parents Petra Gutierrez Izarazaga, and Heriberto López Velez and six siblings, Jose López, Pedro López, Fidel López, Carmela López, Josefina López, Manuel López, Alfredo López and Eduardo López.  He was the second oldest of 13 siblings.

Francisco first came to the United States during the second wave of the bracero (Guest Worker) program.  He eventually settled in Hollister and worked for over forty years with Casillas Bros. Farms harvesting onions, tomatoes and bell peppers. He was a baseball cap enthusiast. He had an extensive collection of caps from the many places his children and grandchildren would visit and would seldom be seen without a cap on his head. In his retirement years,

Francisco enjoyed watching his grandkids and great grandkids play soccer.  He loved attending Jovenes de Antaño, the Senior Center in Hollister where he played Bingo and enjoyed a good cup of coffee. He loved tending his garden and walking around town. Francisco was a very social person. He cherished the opportunity to chat with whomever would lend him an ear.  Francisco was a very giving soul and would never pass an opportunity to do something nice for someone or give to those in need.  Francisco will be remembered for his love of candy, ice cream, his infectious smile and his love and devotion to his wife and his cat Spot.  He lived and enjoyed each day to the fullest. His family and friends will truly miss him.

A viewing will be held on Sunday, March 8th from 12-7 p.m. with a Rosary at 5 p.m. at Grunnagle-Ament-Nelson Funeral Home in Hollister. A Mass will be celebrated on Monday, March 9 at 11 a.m. at Sacred Heart Church followed by a burial at Calvary Cemetery.