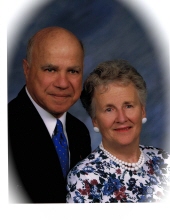 Fredric “Fred” Schmitka, 81, of Hollister, CA, passed peacefully at his home surrounded by his family and friends on Friday, January 15, 2021.

Fred taught at both Petaluma and Casa Grande High Schools as well as being a Career Counselor.

Fred married Rebecca “Bunnie” in 1991 in Maui and lived in San Rafael. Fred and Bunnie moved to Hollister in 2000. Fred signed on with the San Benito High School to substitute teach. Fred made many friends in Hollister and It was not long before Fred was enjoying his retirement.
Fred was an active member of the Hollister United Methodist Church where he led Bible studies. Fred was tireless in his efforts to get the community’s business leaders to make a donation to the Church’s next program, making many new friends in the process. Fred loved the church and the congregation, as they loved and supported him.

A private family graveside service will be held where he will be interned next to his wife, Bunnie.
Donations may be made to Pet Friends and Rescue and the Hollister United.