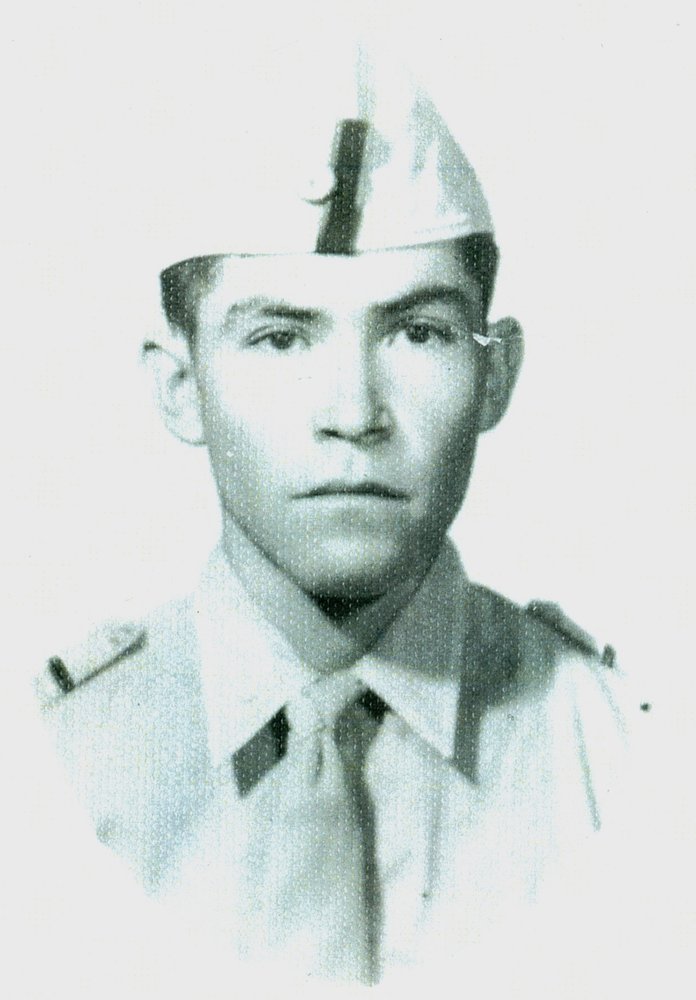 Galdino Perez-Calvo, peacefully, went home with the Lord on February 6, 2020. He was born to Inocencio and Maria Luisa, in Palmas San Luis Potosi Mexico, on April 18, 1928. He bought a home in Matehuala Mexico and moved there with his family. He enlisted and joined the Mexican Armed forces and was stationed in Monterrey Nuevo Leon Mexico. While he was stationed there he met Tomas Ortiz and Eugenio Abrego, (the famous Alegres de Teran) and became close friends. He played and enjoyed their music often. He traveled to California and worked for Paul Bertuccio Farms in the early sixties. He enjoyed the outdoors and had a love for nature and planting and growing crops. He worked in agriculture for more than fifty years. He was a member of the United Farm Workers of America led by Cesar Chavez. He took his wife Teresa and small children on Greyhound bus and brought them to live in California. He purchased a home for his family on Sally Street where he retired. He bought his second home on Sherwood Drive where he lived with his family. He became ill and went to live with his daughter who cared for him throughout the years. He was a hardworking man and loving Father who shared his hope and faith in God. He is survived by his sons Leoncio , Ramiro, Florentino, Oswaldo (Angelica) and Gerardo Perez. His daughters Luisita (Manuel) Villegas, Maria Perez, Esther Perez and Chavelita (Victor) Mungia; 23 grandchildren; 24 great-grandchildren and 1 great-great grandchild. He is preceded in death by his sister Benita Perez and his grandchildren Leo, Oswaldo, Mary and his daughter-in-law Elsa Perez. His family wishes to thank Pastor Manuel and Yolanda Herrera of New Harvest Church for your love and prayers; Bridge Hospice of the Central Coast; Leslie Tapia his manager and his wonderful neighbors at Prospect Villa Senior Apartments. Especially the flower lady Silvinia. You were a blessing to his life. A memorial Service will take place Monday February the 24th at 11:00 a.m. at Grunnagle-Ament-Nelson Funeral home at 870 San Benito Street in Hollister, California. Family and friends are invited to a memorial reception at The Vets Memorial Building at 649 San Benito Street at 12:30.