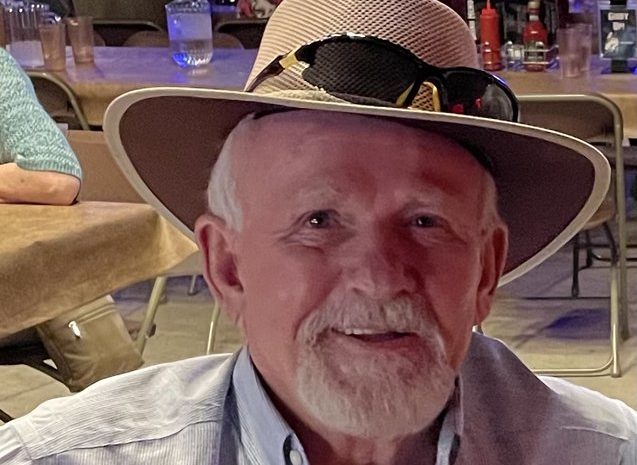 Gerald A. “Jerry” Pingree passed away in Salinas, California on July 4, 2021 at the age of 81 years after suffering a severe head injury.

Jerry’s favorite pastime was his motorhome. He loved driving it, cleaning it and fixing things. Jerry and Ellen shared many happy travels to Canada, Alaska and through the United States having visited all 50 states, collecting memories and friends along the way.

Jerry earned his private pilots license in his 20’s and loved every minute flying. Once, he even flew over Mt. Whitney the highest point in the U.S. and landed in Furnace Creek in Death Valley, the lowest point, on the same day, just to say he did it.

His career with CDF began working part time from 1957-1959. He was then stationed in Humboldt County as a full time employee. He became a Captain in Mendocino County in 1961. Continuing with his CDF career he was based in Bishop and Auburn before moving to Hollister in 1972 to the Air Attack Base as an Air Attack Officer. He retired from his career in 1991 at the Fairview Road Station as Battalion Chief.

After retirement, Jerry and Ellen enjoyed golfing with friends, their children and grandchildren, and nights out with many friends. They also belonged to a group of CDF retirees, better known as “The Wagon Train” who held several campouts throughout the year. Jerry was a member of many Civic Groups. He belonged to the Elks Organization, the Masonic Lodge, SIRS (Sons in Retirement) and the Scottish Rite.

He will be missed by so many that he met throughout his journeys.

He leaves behind his wife of 36 years Ellen of Hollister; his daughter Lorilyn Badzik (Greg) of Colorado; son Larry Pingree of Texas; stepchildren Kenny Casillas (Michelle) of South Carolina and Karin Dagle (Noel) of Hollister. He also leaves behind his grandchildren Eric and Ryan Badzik, Erin and Ella Pingree, Taylor, Jordan and Kamren Casillas, and Peyton Dagle. He is also survived by his brother Loren Pingree.

He is preceeded in death by parents Herb and Bernice Pingree of Grass Valley; sister Lois Ames of San Bruno; and sister in law Judy Pingree of Oregan.