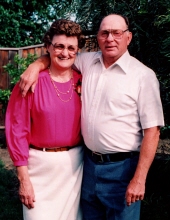 Ida E. Krueger passed away on June 7, 2020, in Gilroy at the age of 94. She was born in Brainerd, MN and lived here since 1946. She was a member of South Valley Community Church, served as Mobile Missionaries and moved here from Minnesota. She was preceded in death by her husband, Marsul “Bud” Krueger who died in 1997, her son, Frank Krueger who died in 1968, brothers, Jerry Reid, Harlow Reid, Richard Reid, Fred Reid, Ray Reid and her sister, Dorothy Jordan.
She is survived by her children, Robert Krueger (Laurelie of Wenatchee, WA, Edward Krueger (Linda) of Wenatchee, WA and Alene DeBrito (Arnold) of Hollister, her brother, Norman Reid (Judy) of Livermore. She is also survived by her grandchildren, Karen Tonascia (Joe), Darlene DeBrito, Cathy Larson, Kevin Krueger ( Alyse), Kristen Dodson (Micah), Julie kolbo (Scott), Kari Thornton (Tim), Matt Krueger, Amy Jones, Lindsey Posenjak (Brad) and numerous great grandhildren.
Committal services will be private at the IOOF Cemetery and memorial services will be private. Contact the family to confirm time and date.