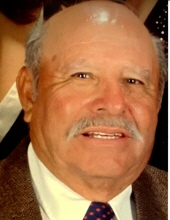 Isaac Orozco passed peacefully in his home on Sunday, January 17, 2021. He was preceded in death by his beautiful wife, Maria Luisa Orozco, son Juan Manuel Orozco and son Cecilio Orozco.

Isaac story started on June 7, 1933, born in Querendaro, Michoacan, only child to Juan Orozco Tena and Dolores Garcia. As a young man he would meet and marry his love of his life, Maria Luisa Gonzales on Valentine’s Day in 1953.

Isaac moved his family to the United States in 1966, he was part of the United Farm Workers labor union for most of his working years. Isaac was a hard-working, conscientious, honest and had a lifetime of experience as a farm worker. Once retired Isaac spent time with his loving wife, kids and grandkids. Isaac and Maria’s pastimes were family, going to church, traveling, going on cruises, going for walks, listening to music, and dancing.

Once the love of his life Maria, passed in 2016, life for Isaac was not the same. His memory could not forget her, he missed her tremendously and asked for her every day. The only comfort to the family is that they hold both their parents in their hearts. They will remain to walk with them throughout their lives. Until then, let the love story continue in heaven, where they are now reunited forever.

Due to COVID guidelines, a private funeral service with immediate family will take place at Black Cooper on February 3, 2021. Flowers may be sent to Black Cooper-Sander Funeral Home at 363 7th Street, Hollister, CA 95023.