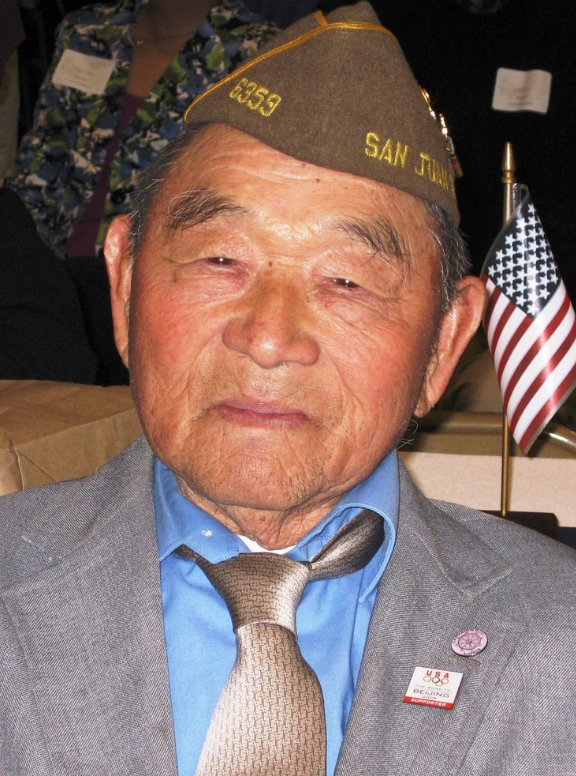 His father, Tomizo, emigrated to California from Kurume, Fukuoka Prefecture, Japan in 1899.  His mother Seki (Inouye) arrived as a picture bride in 1910.

Sam lived in Gilroy and Castroville while attending school. He was a 1939 graduate of Monterey High School.  Immediately before World War II, Sam and his brothers moved to San Juan Bautista to farm.

In May 1942, citizens of Japanese ancestry in the Monterey Bay Area were detained at the Salinas Assembly Center.  On July 4, 1942, the Salinas Assembly Center was closed, and its residents were transferred to the Poston War Relocation Center in Arizona.  At Poston, Sam was a resident of Camp 1, Block 17. He was drafted while at Poston and was inducted on September 22, 1944.  After completing Military Intelligence Service Language School at Ft. Snelling, Minnesota, Isamu served In the Special Examination Section of the Civil Censorship Detachment in Tokyo.  He was in charge of all Army mail censored at the Tokyo Central Post Office. Staff Sergeant Shingai separated from active service with an Honorable Discharge on Oct. 12, 1946, and remained in the Army Reserve until Oct. 11, 1949.

In 1951 he married Sumiye Nakashiki.  They were together for 63 years, and together they raised 3 children, Elaine, Randy and Roger. The family moved to Hollister in 1961.  After a few years farming on his own, Sam started working at Mission Foods.  He continued to farm with Sumiye while he worked full time as a produce clerk. He later moved to Alpha Beta where he retired in 1981. After retiring from Alpha Beta, Sam went back to farming full time.  A few years after they stopped farming, Sam and Sumiye moved to Morgan Hill in 2006. Upon Sumiye’s passing in 2014, Sam moved to Santa Clara.

Sam couldn’t attend college, so he worked hard to see that all his kids finished college. He took satisfaction in knowing that they had productive lives.  He was also extremely proud of his 4 grandchildren.

He was preceded in death by his wife Sumiye; his brother Isaku “Isaac” and sister-in-law Matsuye “Marge” (nee Toyofuku);  and brother Yukio “Joe” and sister-in-law Tsunaye “Jean” (nee Futagaki).  His sisters Fukiye and Chiyoko passed before his birth.