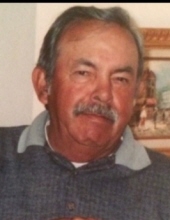 Isidro G. Beltran passed away on New Year’s Day and earned his place in heaven in San Jose at the age of 74. He was born in Ysleta, Texas and came to Hollister as a young teenager. For many years, he was employed at Ostoja Farms. Isidro enjoyed farming so much, he started his own business and established Beltran Farms. He was a humble, hardworking man, and for the last several of his retirement years, helped his wife maintain the ranch. Isidro lived a simple life with those he loved.

Isidro was blessed with a loving family. He married Hope, the love of his life, in 1965, who survives him. Of all the people he touched, both willing and unwilling, his most proud achievement was marrying his wife who supported him in all his glory during his heyday, and lovingly supported him physically during their last days together. Being a kind and loving father was of the utmost importance to Isidro and he certainly did not disappoint when it came to loving his children. Isidro is survived by his daughter Beatrice Soto and Mike, Daughter Mona Sanchez and Mario, and Son Michael Beltran. Proud grandfather of Erica, Adriana, Jaclyn, Mikey, and Steven Soto, Adolfo Jr, Anthony, Cynthia, Andrew and Celeste Davila, Michael and Mikayla Beltran. Great grandfather of Eliana, Esteban and Esaias Salcedo, Ava and Andrew Bueno and Ryker Davila. He is also survived by his brothers and sisters, Robert Beltran of Hollister, Salvador Beltran of Hollister, Manuela Flores of Bakersfield, Rosa Venegas of Hollister, Josie Castro of Hollister and Anita Jacquez of Williams, CA. Isidro was predeceased by his father Salvador Beltran, mother Herlinda Beltran, brother Enrique G. Beltran and nephew Jose Beltran.

Isidro was known for his love of sports, all sports. He was an avid sports enthusiast and a lifelong fan of all the Texas area professional sports teams, the Dallas Cowboys first among them. He loved playing golf for many years, until his illness prevented him from doing so. He also enjoyed playing cards and hanging with his brother Robert at his home or with his buddies at the ranch.

Isidro will forever be remembered for his caring and giving heart, sense of humor and unconditional love. Although our hearts are heavy, we will celebrate his life and find comfort that he is in heaven watching over us.