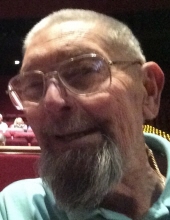 James Edgar “Ed” Rollins was born October 13, 1928 to Clinton Baldwin and Vada Schopmeier Rollins in Irvington, New Jersey. He went to Irvington High School and graduated 1945 at the age of 17. He tried to volunteer for the military on December 7, 1941 after the invasion on Pearl Harbor, he was too young. Instead he joined the Merchant Marine intending to crew on Liberty ships. While in training, he came of age and joined the United States Marine Corp. servicing as a Military Policeman Private 1st Class at Fort Dix New Jersey. He was injured after picking up what turned out to be some type of detonator which then exploded.

He then went to Rutgers University in New Brunswick New Jersey. He graduated with a degree in Electrical Engineering. The summer after he graduated in 1952 he was down at the Jersey Shore where he met Marie Mercurio of Newark. . They married in 1953. He began working for Upjohn Pharmaceuticals as a Detail Rep. giving drug samples to doctors and later did the same for Walter Kitty. He was very knowledgeable of the components of most over the counter medications, so the family could always go to him for advice. Together they had three children; Andrew Rollins, Catherine Maloney, and Dorian Rollins-Gonzales.

They moved to California in 1968 when Ed received a job offer from a small engineering company in Hollister. Soon the company moved to San Jose, then Paradise and Ed decided to stay in Hollister and left Compac. Ed was a sales Manager for Gordo’s Inc. a for 10 years left to start his own Sales Firm, Maxim Electronic Sales.

He retired in the early 1990s and spent much of is time golfing, traveling with Marie, his grandchildren, and his garden. He was an avid Blackjack player and studied books to learn all he could to win against the house. he was invited to many Blackjack tournaments by the big Las Vegas Hotel and casino. Hew often placed in the top 25 winners. He was a Board member of the San Benito County Saddle and Horse Association for over 10 years and Bolado Men’s Club. He was on the Board of Mid State Mutual Ins. Co. later California Mutual for 18 years as well as the County Historical Society.

He was a great Philanthropist to various local charities and was always willing to lend a hand to a friend or neighbor. He is survived by his children, Andrew Rollins and Dorian Rollins-Gonzales of Hollister California, Cathrine Maloney of Aptos, California. Grandchildren Megan Adney of Aptos, Rhiannon Gonzales of Monterey, California, Kevin Gonzales of Vacaville California, Mackenzie Maloney of Seattle, Washington, Great-grandchildren Stella Adney of Aptos, Sofia Acosta-Lopez and Emma Gonzales of Vacaville, sisters Dorothy Crothfelt of Freehold New Jersey, and Beryl Giambattista of Goshen New York. He is also survived by numerous nieces and nephews. He was preceded in death by his wife of 63 years Marie Rollins.

The family has requested in lieu of flowers, that donations be made to My Father’s House in Hollister.