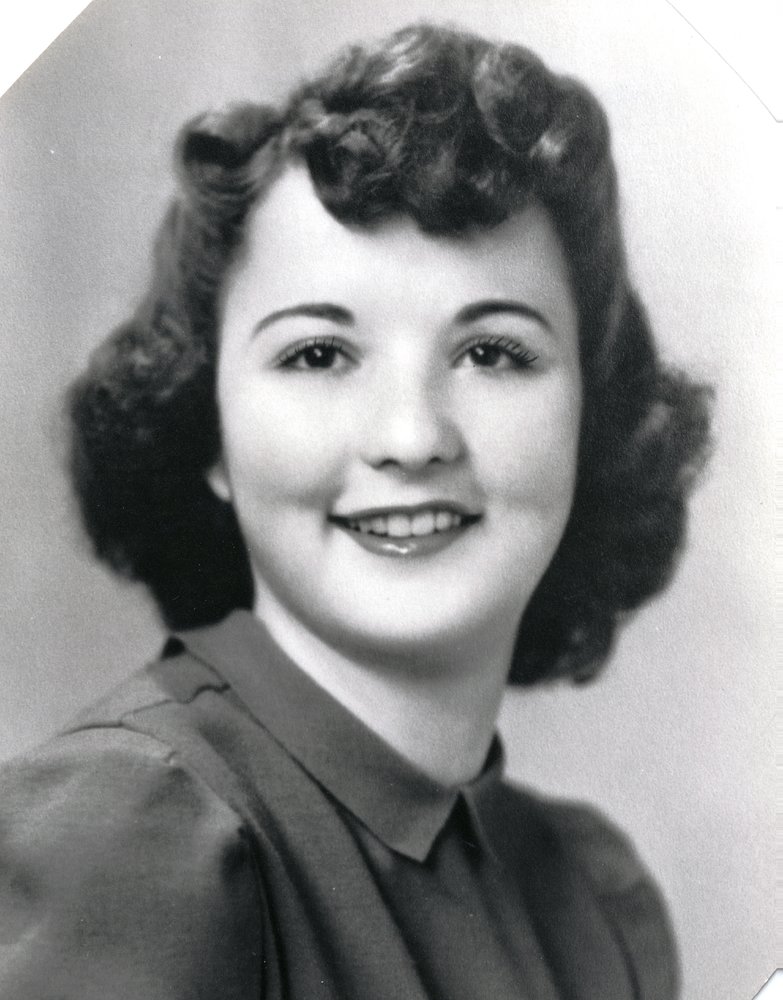 If you asked our mom where she was from she would tell you Prune Street. On May 18, 1924, Jean Marie Rodrigues arrived on her parents’ apricot and prune ranch “on” Prune Street, the third child of Mary and Antone Rodrigues. She passed away on September 12, 2020 – just a few miles from her childhood home.
Jean’s mother Mary Nunes Rodrigues, deceased in 1932 followed by her father Antone Rodrigues in 1937. The rest of her childhood would be in the loving care of her sister, Mary Isabel Ricotti, and her brother-in-law Ernest Ricotti who treated Jean as his very own daughter.
Jean was a student in the first graduating class at Sacred Heart School. Upon graduating high school she attended Armstrong Business College in Berkeley and obtained her first job at the Department of Entomology and Plant Quarantine in Oakland. At the time, Jean was the only female employee.
On May 26, 1946, Jean exchanged vows with Edwin August Pivetti, the love of her life, and they eventually settled in their sweet neighborhood house on Fifth Street and raised three daughters. Our mom often stated that her happiest days were when she had “three little girls sitting around her dining table”. Dinner was never served until all five members of the household were home and present at the table.
When her youngest, Karen, grew older and started school, Jean went to work at the County library. It was there she made great friends with Dorothy Kelly, Violet Grimes and Kathryn “Kako” Dooling. On Friday nights they sometimes got together for cocktails, most often at “Kako’s” (who was also our neighbor on Fifth Street). It was during her time at the library that she was able to connect with so many of the county’s residents and meet all the “new people” moving to “town”.
Sadly, Edwin passed in 1985 and a year later Jean moved to Ridgemark to rebuild her life. It was there that she continued to play golf and bridge and made new friends while still enjoying many of her lifelong friends. Two very special friends were Kathryn McTigue and Freda McCarter. In addition to golf, pizza night and Saturday night mass at Immaculate Conception followed up by dinner; this trio embarked on many trips and adventures – the British Isles, a Mediterranean cruise, Banff Canada, and visiting the South to name a few. A drive to Yosemite for lunch at the Ahwahnee Hotel was not out of the question for our mom who always loved looking at maps and finding her way.
Some of the many things we remember our mom for, collectively and individually are: pink Christmases, cracking and shelling walnuts in front of the fire, Capitola and Big Sur vacations, rick rack and heart buttons, velvet jumpers, Sunday rides to Cienega and Pacific Grove or a day at the beach, homemade powdered sugar donuts, round potatoes, cinnamon rolls with ham, Easter egg hunts in the house and Easter outfits, candles and flowers (camellias), gardening, dinner together, cutting apricots and apricot pie, holiday dinners and “resting her eyes”.
Jean was predeceased by her husband Edwin August Pivetti, her grand-daughter Dena Marie Randolph, her sister Isabel and all the in-laws of her generation. She is survived by daughters Joan (Dick Randolph) Mary (Jim Ryan) and Karen Pivetti along with grand-children Mark Randolph, Leslie (Taz Hatch) and Maximilian Ninomiya. She is also survived by numerous nieces and nephews, great nieces and nephews and great-great nieces and nephews.
Jean will join Edwin at Calvary-Sacred Heart Cemetery where her ashes will be interred in a niche next to their best friends, Tony and Barbara Matulich.