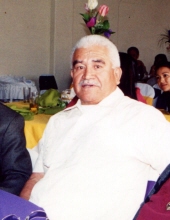 Jose Carmelo T. Canales passed away on December 11, 2020 at his Hollister home at the age of 80. He was born in Guanajuato Mexico and lived in Hollister since 1972.  He worked at Leatherback for 25 years before retiring. He loved playing his guitar/singing and cutting hair, he had his little home barbershop. He married his wife Margie in 1970 in Mexico.

He is preceded in death by his parents Francisco Canales and Maria Del Refugio Canales, Steve Ramirez (step son), his brothers and sisters Martha Canales and Jesus Canales and Rebecca Canales.

Private cremation will be followed by private family inurnment.