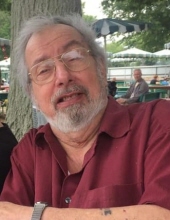 Joseph was born September 24, 1937 in Newark, New Jersey to the late Joseph and Carmella Frisco. He was the second child out of 4, his older brother Frank preceding him in death.

Joseph married Nancy Furino in March of 1971 where their union then proceeded to bring 4 children Lisa, Denise, Gina, Joseph. They were looking forward to celebrating their 50th Year Anniversary this March.

Joseph and Nancy built a home in Long Valley, New Jersey where they proceeded to raise their family for over 20 years. His passion was making jewelry and ran a successful jewelry business for over 50 years in Maplewood, New Jersey. Above all else Joseph loved being with his family, telling jokes, and playing Bingo. He loved going to the horse track not only with his family but with his brother, Salvatore. He was a die-hard New York Rangers and New York Giants fan.

He was a loving, caring, devoted husband, brother, father, grandfather, great-grandfather and Uncle. He always put others first and his most joyous moments where when he was surrounded by family.