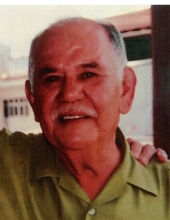 Long time Hollister resident, Julian Medina, died on June 14, 2020, at the age of 80-just a few weeks shy of his 81st birthday. He leaves behind two daughters and their families who will miss him dearly; Anna Lisa Crandall, son-in-law Danny Crandall from Hollister and grand daughter Zoa Lopez from Los Angeles. Gloria Cunningham, son-in-law Chris Cunningham and grandsons Sam and Jack Cunningham all from Folsom California. He also leaves behind a dear nephew/best friend who he considered a son, Jezoar Medina, of Guadalajara Mexico. He is survived by brothers Jesus Medina, Salvador Medina, Miguel Medina and sisters Refugia Medina and Lucila Medina along with many nephews and nieces all from Mexico.

Julian arrived from Ameca Jalisco, Mexico in the late 1950’s. As a young man he worked as a field laborer under the United States Bracero program picking everything from garlic and onions to strawberries. He joined the United Farm Workers Union and picketed for better conditions and pay for field laborers. He later went on to receive an electrician certification and worked for the local cannery for 40+ years. He was a member of the Teamsters Union, assuring that skilled laborers were treated fairly.

It wasn’t until the late 1980’s when Julian decided to give up his resident alien status card to become a full fledged American citizen. He studied hard for the citizenship test, memorizing the Bill of Rights and quizzing his daughters on civic duty and laws. He was so proud to have passed the test and even bragged that he knew more about this great country than most natural born citizens.

In 2015, after falling and breaking a hip, he was admitted to a skilled nursing facility. While there, he formed a close bond with son-in-law Danny Crandall, who would frequently take him out to eat, go to the movies, or just to run errands. They became close pals.

Julian Medina will be remembered for his generosity. He didn’t own a dollar he wouldn’t give away or a shirt he wouldn’t take off his own back for someone else. He leaves behind a legacy of what it should look like to give without expecting anything in return. He lives on in the actions of those he loved the most and he will be sorely missed. He is preceded in death by his parents, Jesus Medina Gomez and Maria De la Luz Ramos and his brother, Símon Medina and will be buried with them in Ameca, Jalisco Mexico.