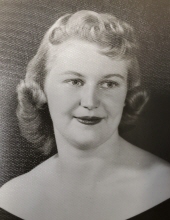 Linda was born to Jean and Earl Sparling. She was the youngest of 3 children. She was raised in Hollister and grew up on South street in the beautiful Yellow Queen Ann Cottage also known as the bird cage. When they weren’t at the house in town they were at the ranch which was her favorite place to be. After graduating from San Benito High School she went off to school at University of Arizona and Melinda was born in Montana. After traveling for Rays work they settled down in Buena Park where they raised their daughters next to Rays family. When the girls were in high school they moved back to Hollister and lived on the ranch. Linda was involved in ranch operations and knew her cattle by name. She enjoyed going to bull sales and enjoyed branding season. She was a professional bowler. She loved a good game of Pedro and wanted to play whenever she got the chance. She threw the best parties and loved to have a good time. She had so much fun on her adventures with the Red Hats where she was known as the ‘Baroness of Beef.” Linda lived out her life on the ranch and watching her family grow.

She was preceded in death by her parents Earl “Brick” and Jean Spearling. Her brothers Tom and Sonny Sparling. Her husband Ray Morrissey. Her daughters Jeannie Glass and Melinda Perez.

Funeral services will be held at Black Cooper Sander Home Funeral Home at 363 7th Street in Hollister on December 11th at 10:00 a.m.  A burial will follow at the IOOF Cemetery at 600 Buena Vista Rd. in Hollister. After burial her family would like to invite you to the ranch for a Celebration of Linda’s life.

Memorials may be made in Linda’s name to the Hazel Hawkins Memorial Foundation.