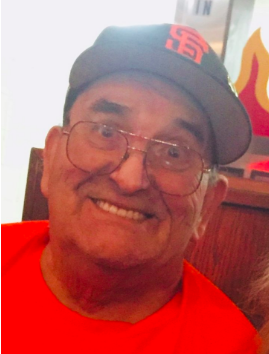 Mariano Blazquez Dias passed away suddenly in San Jose, California on August 9, 2018 at the age of 88.

Mariano was born in the small village of Navamorcuede, near Toledo in Spain on June 28, 1930. He moved to Sunnyvale, California when he was 18 years old. He was drafted into the Navy shortly after and when he finished his tour of duty, returned and worked in Retail Clerks for over 30 years. He moved to Gilroy in 1973. Mariano was married to Donna Jean Stevenson for 53 years. She was the love of his life and she passed away in 2006.

Mariano was a HUGE San Francisco Giants as well as a San Francisco 49ers fan. He had a green thumb and loved gardening. He was friendly to all and was known to “talk your ear off”. He always had a positive, happy spirit and enjoyed life…however he did suffer with a broken heart the last 12 years without his bride.

Mariano is the LAST of the Dias family. He was the youngest of 5 children born to his father Florencio Blazquez and mother Rosario Diaz of Menlo Park. (The family last name was changed to Dias when they came over from Spain). He was preceded in death by siblings: Antonio Dias of San Carlos, Peter Dias of Menlo Park, Bernardo Dias of Gilroy and Pauline Diaz of Menlo Park; as well as daughter Linda Dias of Gilroy.

He is survived by his daughter Judy Dias Mullen of Tres Pinos; grandson Ryan Mullen of Sacramento and grandson Michael Pepper of Gilroy.

Services will be private