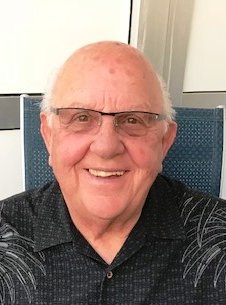 He attended Sacred Heart Catholic School and proudly served as an altar boy. He graduated James Lick High School class of 1957 (James Lick Jester) and served in the United States Army Reserves for eight years. He married Betty Mae Stone, his high school sweetheart on February 12, 1961. Mario worked at Del Monte Corporation for 18 years. After his employment with Del Monte, he became a partner of Custom Chrome, Inc. and retired in 1995.

He is survived by his wife of 59 years, Betty Battistella, and leaves behind his daughters, Dana (George) Nunes, Renee (Chris) Nations, grandchildren, Serena, Kristen, Samantha, Ashley, Russell, Steven, and eight great grandchildren. He is survived by brother, Ronald Battistella and sister, Marlene Miles. Mario was loved by many Nieces, Nephews, Aunts, Uncles and Cousins. Also, many friends near and far.

Due to the circumstances beyond our control, services were private. A Celebration of Life will be held at a later date. Mario’s loving ways, humor and love of life will be forever in our hearts.