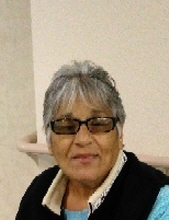 Rachel R. Zapata passed away on June 12, 2020, in Hollister at the age of 69. She was born in Indio, California and lived here since 1958. She married her husband, Robert, in 1972 in Hollster. She worked as a caregiver in healthcare for many years.

Private cremation will be followed by private family internment.