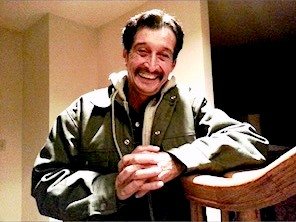 Raul (Jose) Mora Estrada passed away at his Hollister residence surrounded by his loving family on October 10, 2020 at the age of 66 years old.

Raul was born on September 30, 1954 in Santa Rosa, Zacatecas Mexico to Alfredo Mora and Irene Mora. Raul came to the United States in his early teens in search of a better life. Soon after his arrival, he met his best friend and wife Marianne Miranda Mora. They married in 1975 and set roots down in Hollister California where they started a family and raised four children.

Raul worked in the agricultural field for many years and eventually found his love for truck driving where he worked for over 30 years as a truck driver and loved every minute of it. He would often take Marianne on long haul trips just to spend time together.

Raul was a hard-working man and would do anything for his family. He had an amazing spirit and the minute he walked into the room you would know it was going to be nothing short of a good time. His laughter was infectious, he had a love for music, dancing and jokes made him such a terrific person.

He always said his greatest accomplishment was the family he created with Marianne. He loved each of his children beyond words and made sure he always called them to remind them of the love he had for each of them. Raul loved the Dallas Cowboys and he also had a passion for his Mexican soccer club Las Chivas de Guadalajara. Game days were as loud as can be and he did not care who he would wake up in the house. He cheered loud for his teams and would have all the windows opened so the neighbors could hear him cheer loudly. Raul would laugh when his children would tell him to quiet down.

Raul was an early riser and filled his home with music and the amazing smell of cooking breakfast with Marianne. Marianne would start the breakfast. However, it would end with Raul somehow finishing up the cooking. Raul’s zest for life was unmeasurable.

Raul’s greatest love above anything else was his wife Marianne. Raul always said it was love at first sight. They met at a dance where they became inseparable and married a few years later. Raul would often call Marianne while he was away on long road trips and would not say much but you could hear Unchained Melody playing in the background when it came on the radio. She would sit and listen to the song and had a smile on her face. Raul would then hang up the phone when the song was over and say nothing more. Marianne would laugh and wait for him to call back and when he did not call back, she called him, and they would laugh together. They had their moments but never ended a day without telling one another they loved each other regardless of the arguments they may have had. It was an unwritten rule they shared and a life lesson they hope to teach their children. Among other things, he always told his children he worked hard so they would never go without. He pushed his children to work hard, always do the right thing, help others in need and never forget to put family first.

Visitation will be on Monday, October 19th, from 1:00 p.m. to 7:00 p.m. at Grunnagle-Ament-Nelson Funeral Home. On Tuesday, family and friends will meet at 11:00 a.m. at St. Benedict’s Church for the recitation of the Rosary; followed by a Mass of the Resurrection. Fr. Rudy Ruiz presiding. Interment will follow at Calvary Cemetery