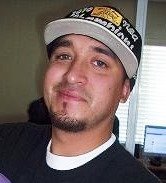 Anyone who knew Richard will greatly miss his gentle, loving spirit. He grew up mostly in Hollister and was fortunate enough to be surrounded by family his entire life. The mother of his two children, parents, older brother, grandparents, aunts, uncles, cousins, nieces and nephews all enriched his life in a beautiful community offering a backdrop of golden hills, blossoming orchards, green fields and lots of space to grow.

As a young boy, he grew up in Salinas.  with his parents and older brother of whom he admired and followed his lead. He attended Santa Rita grade school and later San Benito High School where he discovered the joy of learning and team sports, running and achieved numerous awards and recognitions of excellence.

At an early age, Richard was influenced by family and friends and became an avid sports fan and greatly enjoyed cheering on his favorite teams and sports heroes. He excelled at basketball, baseball and any sport to which he could push himself to become the best. He took this passion farther by working with the YMCA to encourage and teach other young people to feel good about themselves. The family moved to Hollister in 1994 where he spent most of his adult life and met his forever love and mother of his children. He was actively involved in raising his daughter and son which included coaching her sports teams, trips to the ocean, taking photos and videos, playful times and making wonderful memories together. His fun loving, easy going style attracted many friends that developed into loyal and caring relationships, most of which lasted a lifetime. We will miss him immensely and will remember him in our thoughts and prayers forever.

For anyone suffering and in need of help, here is a link”: http://www.hollisteraasd.com/live-internet-meetings/schedule-2/ Visitation will be held on Saturday, October 17th at Grunnagle-Ament-Nelson Funeral Home from 11:00 a.m. to 3:00 p.m. Private family interment will be on Friday, October 23, 2020 at 10:00 a.m. at Calvary Cemetery,