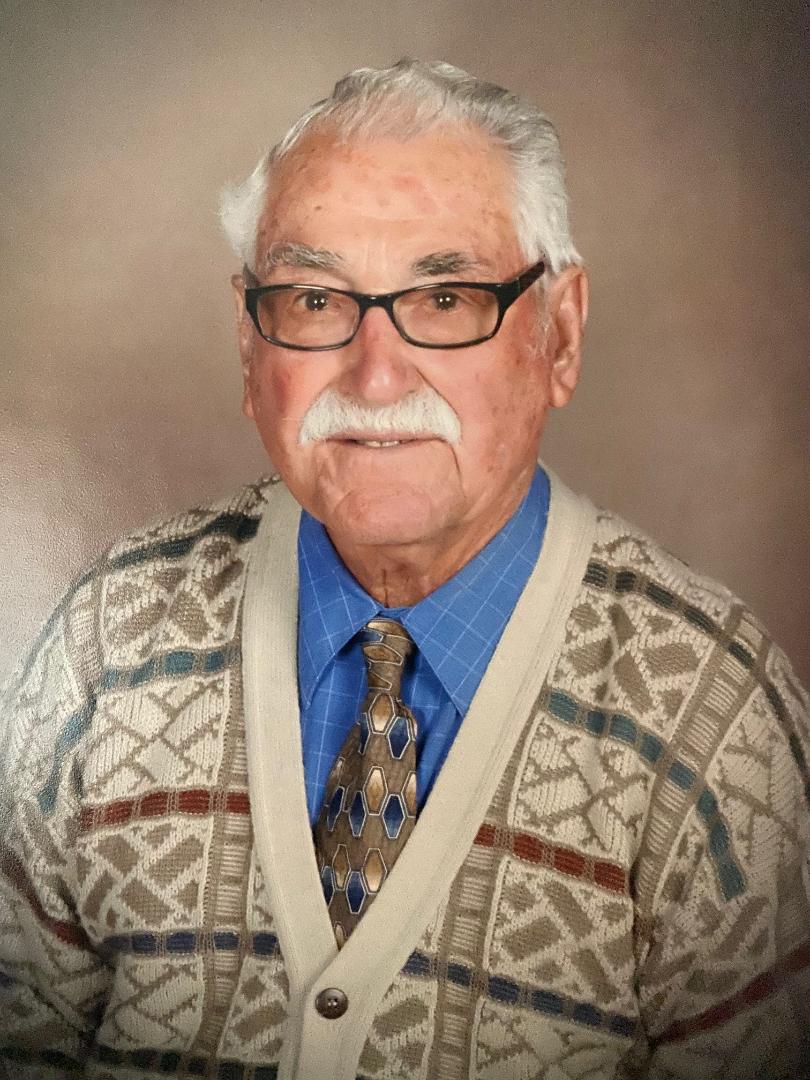 Robert Louis DeVincenzi passed away Dec 5, 2020 at his home surrounded by family.

Born July 5, 1927 in San Juan Bautista, living his entire life in San Benito County. He spent his youth working for the family farm in San Juan, until joining the Navy from 1950 to 1954, serving in Japan during the Korean War.
After the war he worked again at the family farm, 10 years at Ideal Cement Plant in San Juan until it’s closing, and 20 + years at Almaden Winery in Paicines until his retirement.

In 1957 he married Juanita at Mission San Juan, and started a family, moving to Hollister in 1966.
He is survived by his wife of 63 years, Juanita, 2 children, Carolyn Kittrell (Steve) of Bakersfield, Joseph DeVincenzi (Shawna) of Hollister, 4 grandchildren, and 4 great-grandchildren.
He was preceded in death by his parents, 5 siblings, and 2 children, infant son Joseph, and son Robert.
He was a member of  Immaculate Conception Church in Tres Pinos.

Private interment will be at the  San Juan Bautista Cemetery, with public services to be scheduled at a later date, per COVID guidelines.

Please make any donations to the charity of your choice.