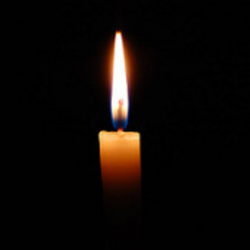 Roger Michael Kneebone (1944-2016) entered eternal peace on September 15, 2016 at 11:24 a.m. as the result of an aortic aneurysm. Roger will be missed beyond measure by his daughter Deborah Ann, his sister Grace and her husband Heinrich (Hudel); his brother Gregory and his wife Sherrie, as well as his grandchildren and many, many nieces and nephews. Predeceased by the love of his life, his first wife Lucy (Vargas) in 1979, and his son Richard Anthony, who was murdered without resolution, in 1990 in Hollister, Ca.  Also predeceased by his father, Gerald V. Kneebone (1983) and mother Mary S. Kneebone (nee Polzin) (2004). Roger was born in Canada but has resided in and around the San Jose and Hollister, California area for most of the last 60 years. His principle lifetime employer was IBM. Father, I want those you have given me to be with me where I am. John 17:24. I ask this all in Jesus name. Amen.

Dad you will be missed.